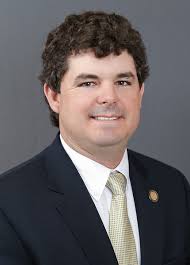 All South Georgia vegetable farmer Sam Watson wants when competing against Mexican imports is a level playing field. Right now, that does not exist and has the Moultrie, Georgia farmer concerned about the future of the American farmer.

“When you look at what we have to do from our cost of production standpoint and you look at our labor costs mainly, where we have to pay (hourly) H-2A wages that are in the $12 range and yet you can go to Mexico and have the same labor down there and pay $8 a day on the high end; and then there’s no regulatory environment,” Watson said.

“You don’t have EPD and Department of Agriculture and FDA and OSHA. The food safety requirements exist on this side, but do we know how much of that is being regulated on their side? The whole regulatory environment is different.”

Watson was one of many Georgia farmers and Florida farmers who testified in virtual hearings with the U.S. Trade Representative’s Office about unfair trade practices with Mexico. All who testified voiced similar concerns that they are unable to compete now and in the future.

Not a Level Playing Field

“It’s a totally different playing field. If I didn’t have to pay but $8 a day, I could do a whole lot better job probably when it comes to quality and harvesting and that kind of stuff,” Watson said. “They’ve got state of the art facilities down there that we can’t compete with. The government is subsidizing those guys down there. Their government is pumping a ton of money into economic development and growing that sector of their economy down there.

“You reach a point where it’s just not worth it anymore.”

Federal agencies responded to the hearings with a plan to help farmers of seasonal and perishable fruits and vegetables, including those from Georgia and Florida. Click here to view details of the plan.

“We’re not saying we want to stop the production. We just want there to be a level playing field. They shouldn’t be sending product into the United States of America open on a $16 squash market. That’s called dumping. I’ve got evidence of it,” Watson said. “That happens all the time.”