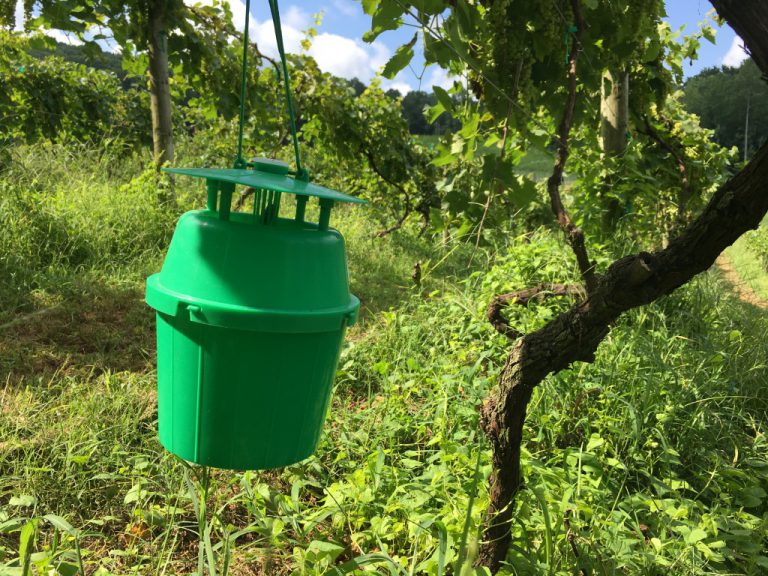 Now is the time in the production season that grape root borer adults begin emerging. Growers need to implement mating disruption now as a management tactic, says Brett Blaauw, assistant professor at the University of Georgia (UGA) College of Agricultural and Environmental Sciences in the UGA Extension Viticulture Blog.

Grape root borers tunnel into larger roots and the crown of vines and feed below the soil surface. Symptoms include poor growth and fruit set and potentially vine death.

“The grape root borer has a two-year life cycle. It spends 23 months underneath the ground feeding on the roots of grape vines. It is constantly doing damage to those vines. One borer has been shown to significantly reduce, basically the fruiting yield as well as the growth potential of the vines,” Blaauw said. “Having several of these grape root borers feeding on a vine can lead to vine death or at least dieback losing part of the shackles and all of that. The problem with that is that because they’re underground, you really don’t know that you have a problem until the vines start to show.

“You don’t know that you have a problem until it’s too late.”

The adults can be monitored with a bucket trap and pheromone, though the traps only indicate when the moths are active. To determine if the increased activity is a problem, growers can look for pupal cases underneath the vines.

“If you find several of these pupal cases, it likely means you have an infestation in your vineyard,” he added.

Through the deployment of pheromone-filled dispensers within a vineyard, mating disruption makes it difficult for males to find females to mate. Without mated females, there are no new larvae to attack the vines. The vineyard needs to be under mating disruption for at least two years, but after two years of use, it is effective at reducing the borers within a vineyard.

“Right now would be the time to put out mating disruption in a vineyard if a grower is going to do that,” Blaauw said.

One of the key management strategies was the use of Lorsban (chlorpyrifos) as a trunk spray for control of GRB. However, as of March 2022, EPA has banned the use of chlorpyrifos for fruiting crops.