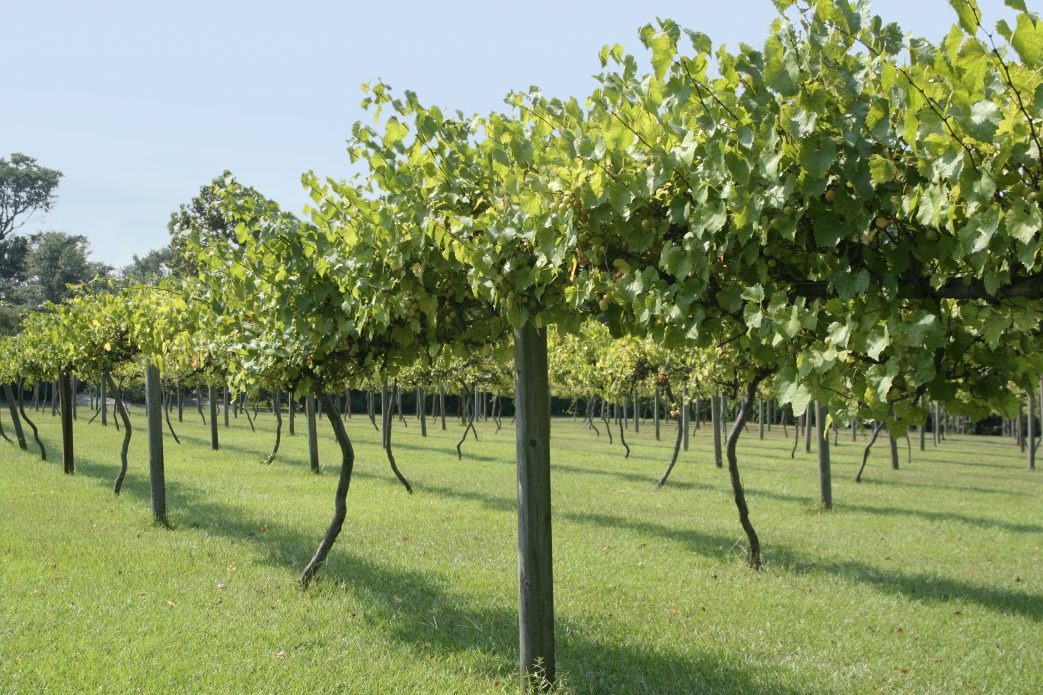 Phil Brannen, Extension fruit disease specialist at the University of Georgia College of Agriculture and Environmental Sciences, says the specialty crop is usually healthier during dry weather. “You don’t have to spray as many different fungicides on muscadines, and you can get by with spraying Mancozeb and Captan, which the fungal organisms don’t develop resistance to,” Brannen says. “Muscadines can be pretty forgiving in a dry year.”

Brannen stresses which diseases growers should pay attention to the most. “The main things you have to be worried about are really these rots and the angular leaf spot earlier in the season,” Brannen says. “You’re going to have to spray on a 14-day schedule throughout the season in order to produce grapes.”

Muscadines, native to the deep Southeast, are resistant to Pierce’s disease, which can be found in hybrid and vinifera varieties. Since hybrids carry additional diseases, like downy mildew, Brannen recommends spraying with more fungicides. He lists Mancozeb, Captan, Rally and Abound as the most effective materials throughout the varieties.