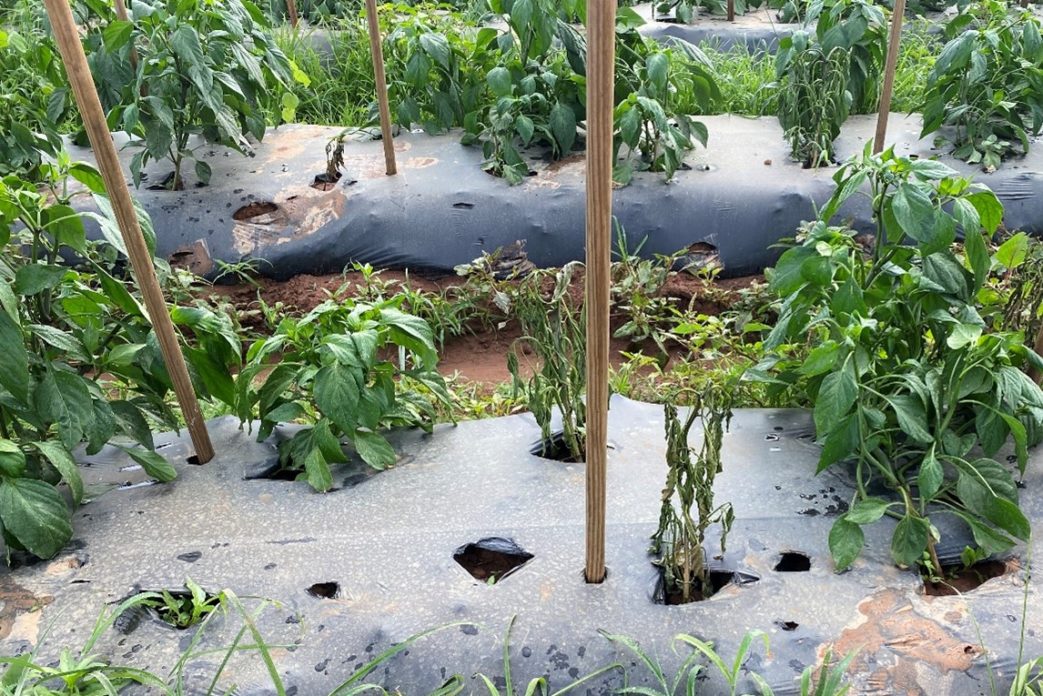 Phytophthora blight disease on pepper and tomato has been observed in South Carolina vegetable fields, according to Clemson plant pathologist Tony Keinath and Extension agent Andy Rollins in The South Carolina Grower.

Heavy rainfall in the Upstate from May 23 to May 26 led to the disease emergence after June 1. The saturated soils provided an ideal environment for oospores of the water mold Phytophthora capsica to germinate and release zoospores, the swimming spores that infect roots.

Growers should avoid planting in low spots in infested fields. Not only does this practice save money, but it also lowers the risk of Phytophthora spreading to other parts of the field.

Fungicides are the main management tactic for controlling Phytophthora blight once transplants are in the ground. Copper is the only certified organic fungicide, though it is only partially effective.

Three fungicides are most effective for conventional growers, based on research and observations from the southeastern U.S. These include Orondis Ultra, Zampro and Elumin. Do not use Orondis Gold and Orondis Ultra on the same crop. Choose one or the other.

Also, do not apply Orondis Ultra, Revus or Zampro consecutively, because they have the same FRAC Code.

Fungicides should be applied on a weekly schedule for the rest of the season once the disease is discovered in a field.