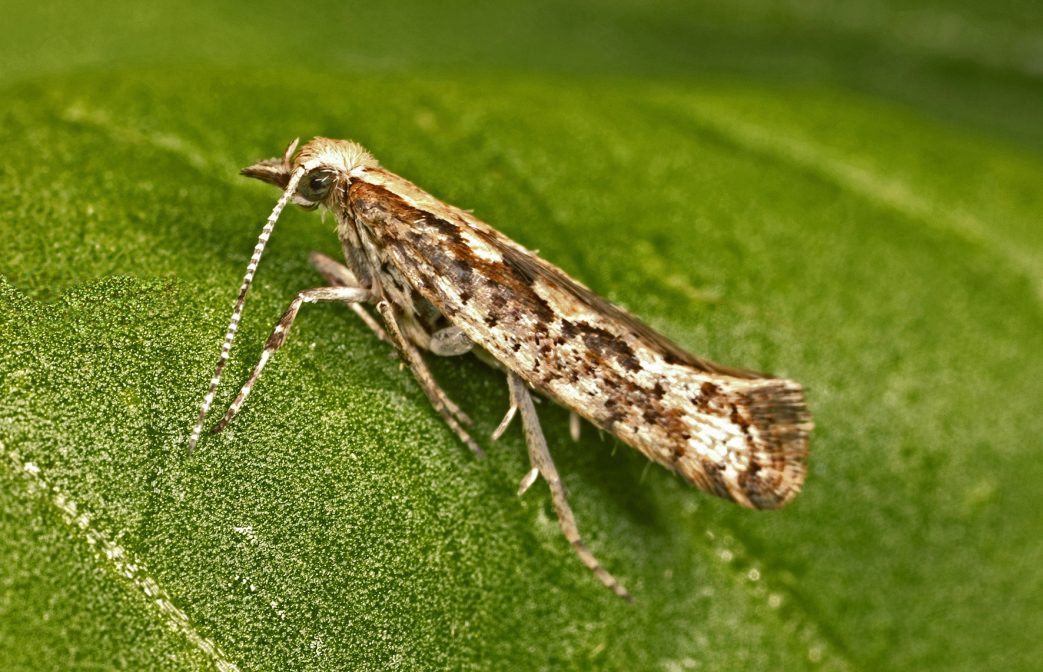 Diamondback moth is a devastating pest that feeds on virtually all cruciferous vegetable crops, including broccoli, kale and cabbage. Oscar Liburd, a professor in the entomology department at the University of Florida, is working to find organic management methods for diamondback moth in cabbage.

Liburd says he chose to work on diamondback moth because it has been a major pest for these vegetables. “One of the major problems with diamondback moth is the fact that it has developed resistance to almost all classes of pesticides,” he says. For this reason, both conventional and organic growers have difficulties managing the pest.

Liburd says his recent focus has been on organic cabbage production because organic growers have less options for control. “Organic growers don’t have many tools whatsoever to control this pest,” he explains.

The goal of Liburd’s research was to examine organic techniques to control diamondback moth using both cultural methods and pesticides labeled for organic use.

One cultural method Liburd tested was using roselle or Hibiscus sabdariffa as a companion plant to cabbage. According to Liburd, roselle has been grown in the Caribbean and Asia, and it is traditionally used to make a local drink or in sweet dried pickles and jams, which is why it has not been used for pest control before.

According to Liburd, when roselle is grown as a crop, it never becomes infested with insect pests, despite high numbers of pests on other crops in the field that are removed from roselle plants.

Liburd’s graduate student, Zulaikha Mazlan, did some experiments in the lab to test roselle against diamondback moth. He noticed that the adult moths laid fewer eggs on the roselle. This is what led to Liburd using roselle as a companion plant with cabbage. “Seeing that we saw some reduction in the amount of eggs, and reduction in terms of movement with this insect in the lab, we decided to establish some field plots,” Liburd says.

The roselle was planted between the cabbage and adjacent to the cabbage. After taking samples, Liburd found the number of diamondback moths and the pests’ activity to be reduced where roselle was used as companion plants.

The roselle repels the pests that would usually come into the cabbage, making it a good organic strategy to reduce diamondback moth populations. However, this is not the only organic option to suppress diamondback moths. The second stage of Liburd’s research focused on identifying biorational insecticides that can be used in organic production to help reduce the pest’s presence.

Liburd says he investigated four different compounds: Entrust®, Aza-Direct®, Azera® and Grandevo®. He says he found that Entrust® works very well, but has limitations on the amount of applications a grower can make. So, Liburd wanted to identify an additional biorational that can be used with Entrust® to prolong control of diamondback moth.

Liburd says he found that Azera® also worked well when trying to control diamondback moth, but still not as well as Entrust®. So, in an effort to examine the synergistic activity, Liburd combined the Entrust® with the Azera®. The new product controls diamondback moth and cabbage aphids, a secondary pest of cabbage. According to Liburd, Entrust® had never controlled cabbage aphid, but in combination with Azera® both pests are controlled.