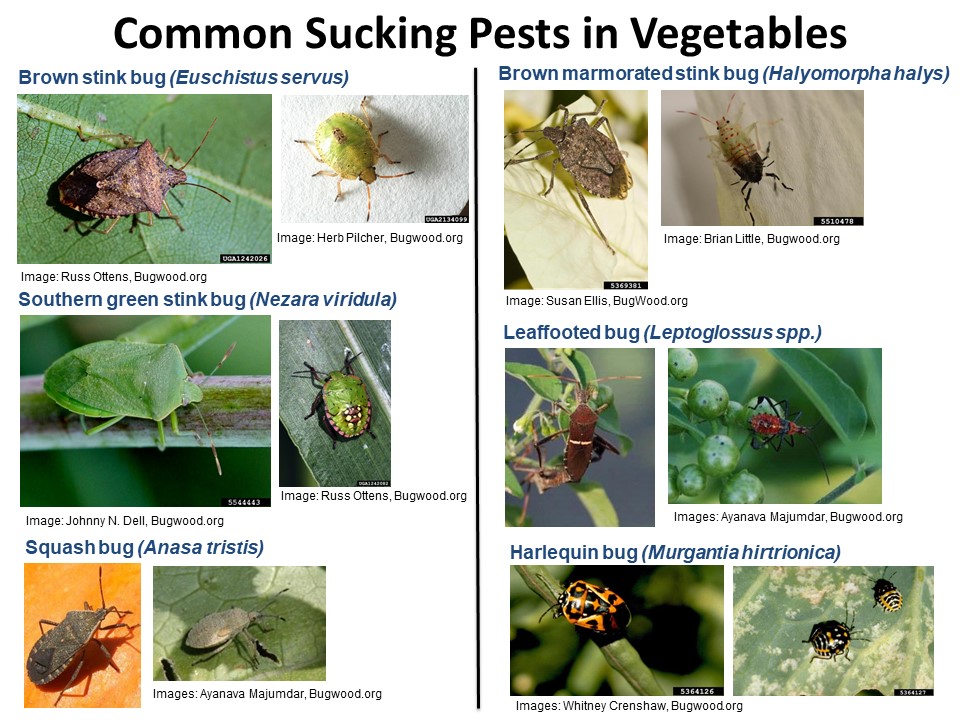 Though stink bugs and leaffooted bugs may be the easiest pests to scout due to their large size, they are also some of the most difficult to control. These large insects, also known as macro bugs, live in urban and rural areas and are highly migratory. Ayanava Majumdar, Extension entomologist with Auburn University, says these insects can cause massive destruction in the Southeast.

Leaffooted bugs have become the dominant insects in vegetable crops and fruit orchards. “They are a major insect pest problem and very difficult to control,” Majumdar says.

Part of what makes these insects difficult to control is their rapid breeding patterns. The rapid breeding causes an overlap in generations. Macro bugs also have multiple life stages, but in all stages of life they feed on the same host plant. “This leads to a big problem for farmers,” Majumdar says.

In terms of management, the first step is scouting. The adults are easily identifiable because of their size and appearance. Typically, the adults will be hanging out in small groups. The nymphs may be more difficult to spot. They stay in large clusters before spreading out, so growers will want to scout for those clusters.

It is important for growers to be able to tell the difference between macro bugs and beneficials. According to Majumdar, the easiest way to tell them apart is the macro bugs will be in clusters or groups, and the beneficials will not. Beneficial insects are hunters, so they will most likely be alone.

With regard to control, Majumdar says there are some organic and conventional insecticides available. However, Majumdar warns that using organic insecticides may be difficult. “The systemic insecticides have to be eaten,” he says. “These bugs, with their piercing and sucking mouthparts, do not consume enough of the insecticide.” Therefore, most of Majumdar’s control recommendations rely on broad-spectrum contact insecticides.

Majumdar advises growers, especially those using organic insecticides, to keep good records of products they find to be effective.