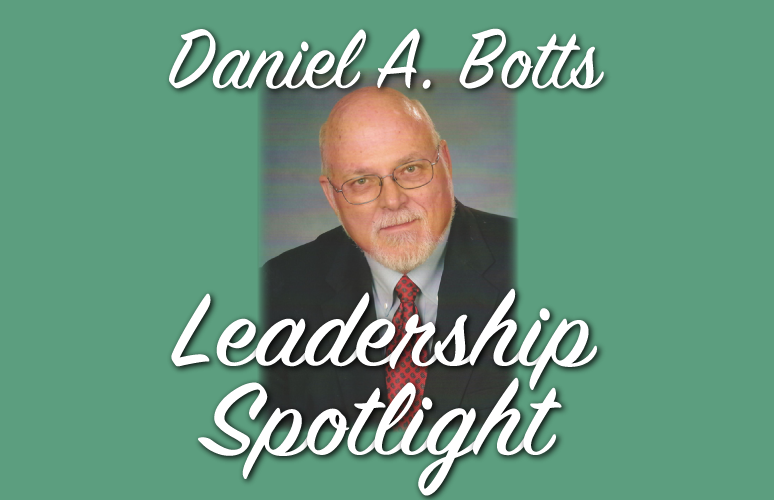 American scholar and the father of contemporary leadership studies, Warren G. Bennis once said, “Leadership is the capacity to translate vision into reality.” Daniel Botts, a highly-regarded leader in the vegetable industry, has truly turned his vision into a reality over his almost 40-year career in the Florida vegetable industry.

Born in Troy, Alabama, Botts discovered his love for science and the outdoors as a young boy. He earned his bachelor’s and master’s degrees from Auburn University. In 1979, Botts moved to Florida with his wife, Susan, to start his career at South Bay Growers, a former vegetable farming subsidiary of U.S. Sugar Corporation. In 1985, he joined the team at the Florida Fruit and Vegetable Association (FFVA) as director of environment and pest management. He currently serves as FFVA vice president of industry relations.

Botts has been extremely influential in legislative reform regarding the use of certain chemicals. He fights for every farmer when policy threatens their practices. He is widely known for his extensive knowledge on pesticides and regulation policies. Butch Calhoun, FFVA director of legislative affairs, has worked with Botts for 27 years and has a tremendous amount of respect for his understanding of these issues. “He’s probably one of the most knowledgeable people that I know on pesticide issues,” Calhoun said.

Perhaps one of his greatest contributions to the agriculture industry is his unwavering support for farmers who were deeply affected by the phaseout of methyl bromide. Lisa Lochridge, FFVA director of public affairs, said Botts was instrumental during the fight for methyl bromide and during the solution process in which farmers had to find a replacement for the chemical. “When it became clear that growers were no longer going to be able to use methyl bromide, Dan worked to fight that decision. Then, when it became clear it was definitely going away, he was on the forefront working with growers to try to find alternatives,” Lochridge said.

In 1994, Botts founded Third Party Registrations, Inc., a non-profit subsidiary of FFVA. Third Party Registrations helps Florida specialty crop growers secure registrations for chemicals that may not be available to them otherwise. Botts is also widely known for organizing the FFVA spring regulatory tour. This annual event is intended to facilitate relationships between regulators and growers. The tour gives legislators a chance to see how regulations are applied in the field.

Botts holds leadership roles in several coalitions, including the Pesticide Policy Coalition. He is also a member of federal committees that work with the Environmental Protection Agency and the U.S. Department of Agriculture to fight for growers and the chemicals they use. In 2013, he was inducted into the Florida Agricultural Hall of Fame.

Outside of his work, Lochridge describes Botts as a modest man who loves his wife, his dog, good food and culture. Calhoun added that Botts enjoys playing golf in his scarce amount of spare time. Otherwise, he can be found working. “Dan is a workaholic,” Calhoun said. “He sleeps three to five hours a night and spends a lot of time on his work.”

Botts has spent his career fighting for farmers on a federal level. He has translated many visions into realities, making him a true leader. “Dan is so well respected in the industry. He has a nationwide reputation in his field,” Lochridge concludes. “I have so much respect for him.”