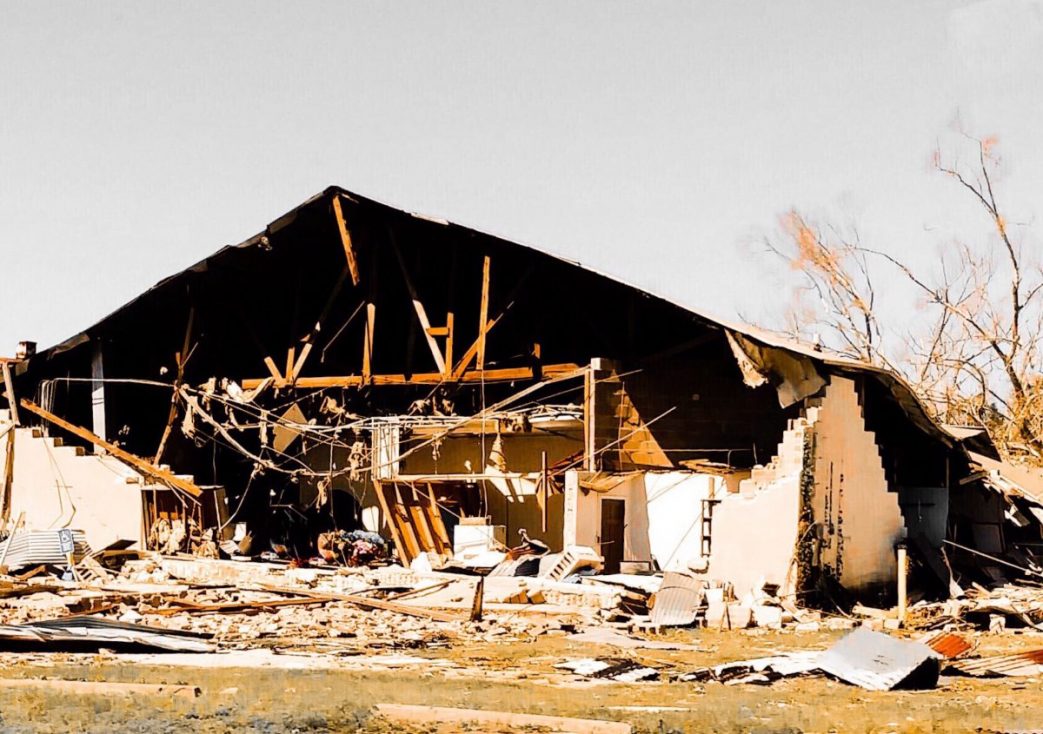 TALLAHASSEE, FL (NSF-Oct. 4, 2019) — Northwest Florida does not have the luxury of time as it slowly recovers from devastating Hurricane Michael, one of the nation’s best-known disaster recovery experts advised a group trying to rally support for the region this week.

And if people aren’t willing to take risks, Fugate added, “we will be having this conversation next year, still talking about funding.”

While leaders of the group Rebuild 850 put recovery at about a decade, Fugate said they have half that time before state lawmakers will shift attention and funding to other needs and a lack of local revenue will result in layoffs of teachers, road-maintenance workers and law-enforcement officers.

Leaders of Rebuild 850, an organization named after the region’s telephone area code, have expressed concern about the future tax base of the local cities and counties. The group noted between 20,000 and 30,000 people have moved out of an eight-county region affected by the storm, which made landfall Oct. 10 in Mexico Beach and devastated communities such as Panama City, Port St. Joe, Blountstown and Marianna.

Also, leaders of the group worry that people in other areas of the state already have lost focus on Hurricane Michael.

Rebuild 850 Co-Chairman Allan Bense, a former state House speaker from Panama City, backed Fugate’s comments about the need to take risks. He noted that affordable housing for relief workers remains at a premium across the region.

“If you don’t make a decision in life, you’re going to float around like a blob of protoplasm,” Bense said. “Sometimes you make bad decisions. Generally speaking, responsible people make good decisions.”

Rebuild 850 has tried to raise awareness and funding through the agency Volunteer Florida. Clay Ingram, a former Republican lawmaker who is CEO of Volunteer Florida, said approximately $7 million in donations have been received for the recovery, with about $510,000 directly attributed to the Rebuild 850 effort.

Lawmakers put $220.9 million into this year’s state budget for the storm-recovery efforts. The spending followed about $1.6 billion in state spending on disaster relief immediately after the storm, with the state hoping to get reimbursed for most of that money by the federal government.

Rebuild 850 Co-Chairman Will Weatherford, a former House speaker from Wesley Chapel, said the organization’s effort provides “air cover” for Panhandle lawmakers, who make up a small percentage of the House and Senate.

“If we wake up five years from now, and they have not rebuilt their tax base, this region will never be the same,” Weatherford said. “We can’t let that happen. We’re not going to let that happen.”

Sen. Bill Montford, a Tallahassee Democrat and member of Rebuild 850, said he and other Panhandle lawmakers are working on disaster-relief legislation that would apply to the state’s role in any disaster.

In barreling north after making landfall and hammering Panama City, Michael caused damage in some of Florida’s poorest and most rural areas.

A September report from the Bay County Long-Term Recovery Task Force found more than 60 percent of the housing in Calhoun and Jackson counties remained damaged or destroyed by Michael. Also, the average rental rate in Panama City has jumped from $1,200 a month to $1,700, while in Panama City Beach the average rate went from $1,500 a month to $2,500 in the same period.

Fugate suggested focusing on repairing affordable housing that is uninsured and supporting “base camps” for workers.

“You can’t keep doing what you’ve been doing, and you can’t do business as usual … you’re going to have to do some extraordinary things to get this going,” Fugate said. “You pay a builder enough to build a house, they’ll find a way to house their crew. That means you’re going to have to pay a premium, that’s not just normal construction cost materials.”

Fugate said leaders can get creative with U.S. Department of Housing and Urban Development grant dollars, which provide some flexibility so that housing costs for construction crews are factored in the funding.

“That’s not something you do every day and with every disaster,” Fugate said.

Fugate noted that after Hurricane Andrew slammed into Miami-Dade County in 1992, the Homestead Air Force base was downsized to a reserve base and the Homestead region was essentially “bankrupt” for a decade.

A turnaround occurred as population moved south from Miami because western development was blocked by the Everglades, he said.

“I don’t think that’s going to happen fast enough in 850,” Fugate said of a similar population boom in the areas damaged by Michael.