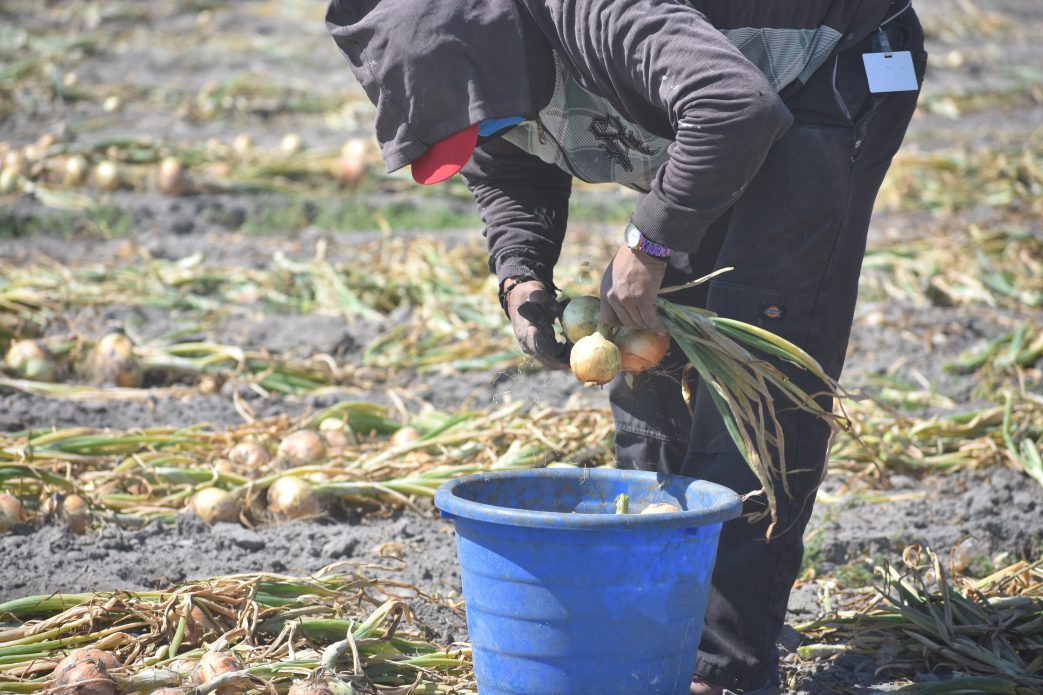 Agriculture is not immune to the labor shortage epidemic in America.

Farmers are struggling to obtain essential items that they once took for granted; pallets to ship the produce on; boxes to put the produce in; drivers to transport the produce. All can be attributed to the lack of a workforce, says South Georgia vegetable farmer Ricky Powe.

“When people are not going to work, they’re not making pallets. They’re not cutting wood to make pallets. It is a snowball effect and we’re about to come to a head in six months,” Powe said. “I can have all the product I want in the field but if I don’t have a box to put it in, if I don’t have a truck to deliver it, where am I going to be? I’ve got boxes right now at RPC which is reusable containers. They can’t get the people to wash the boxes quick enough. When they do get them washed, we can’t get the truck to deliver them. It is a cycle that’s spinning out of control because nobody is working.”

Powe produces tomatoes, peppers, pickles, yellow squash, zucchini and half runner beans in Grady County, Georgia. He wants people to realize that just because they have money and can afford not to work temporarily, it’s not a long-term answer.

“People say well I don’t have to work, I’ve got money. Money in your pocket is not going to be worth two cents if you don’t have some food to buy, something to eat or something to drink,” Powe said. “People got all bent out of shape and worked up over wiping your butt with toilet paper. You can live without that. But if you don’t have some way to hydrate and some way to nourish your body, you’ve got problems. We’re headed there.”

Growers expressed concerns about the pallet shortage that’s estimated to last at least until June. It could be a tight window for vegetable and specialty crop producers. Florida is in the middle of its season. Georgia and Alabama are close to starting harvest. More pallets will be needed as produce is shipped off.

Powe also added that there’s a truck driver shortage, too.

“I met with a guy at PFG (Performance Food Group). He said out in the (midwest to west area) where some of their sister places are, they’re offering a $15,000 sign-on bonus and anywhere from $80,000 to $90,000 a year to run a delivery truck for food, and they can not get anybody to do it. This guy was supposed to meet with me last week and he had to cancel because he is the plant manager, the big cheese of the whole deal and he was on a truck doing delivery,” Powe said.

When will it end?