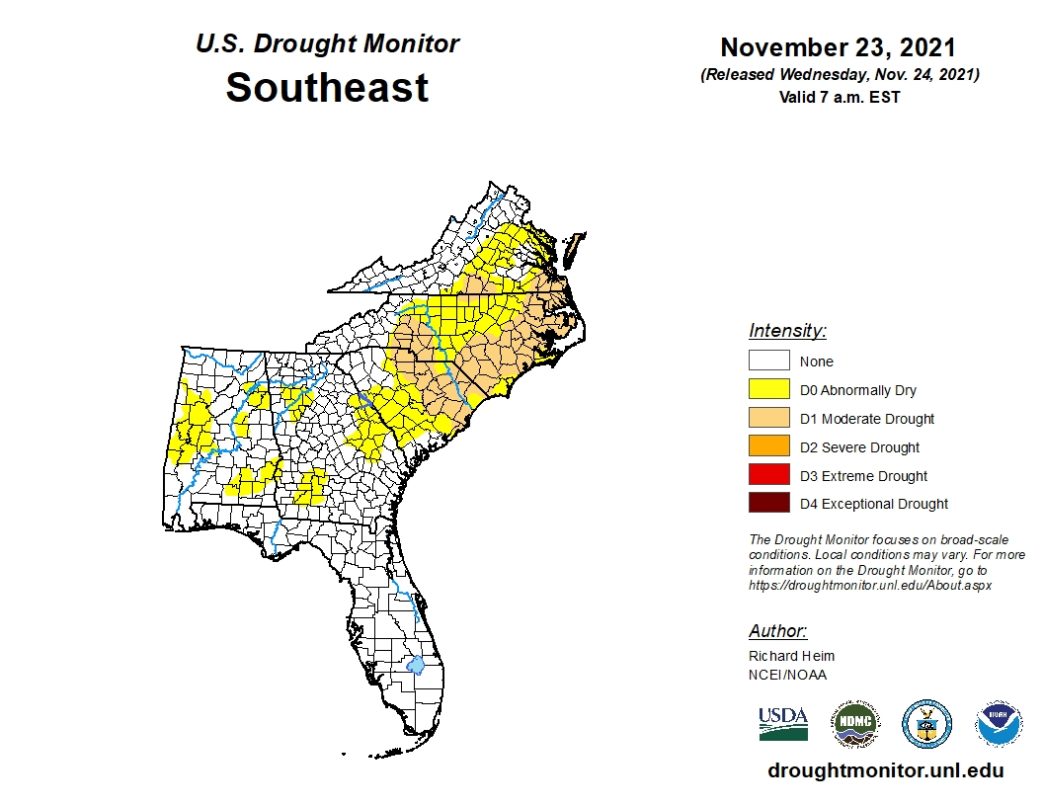 The current dry conditions felt in some areas across the Southeast could be a prelude to a long dry winter for vegetable and specialty crop farmers. That would not be good news for next growing season, says Pam Knox, University of Georgia Extension Agricultural Climatologist.

“What it does mean is that we have to start thinking about next summer. That’s because winter is our recharge period for water. If we’re already dry and we have a fairly dry winter, that means once the growing season starts in April 1 or so, there’s not going to be a lot of reserve there for the plants,” Knox said. “If we go into a dry spell, they’re going to start to feel the effects of that relatively quickly. A lot of our bigger droughts have happened when we switch from La Nina back to neutral or the opposite, El Nino, relatively quickly which usually happens in the spring. That’s one thing I’m really watching for next year. It’s way too early to say, but it is more likely than when we’re in a El Nino.”

According to the U.S. Drought Monitor, multiple areas in Alabama and Georgia are classified as abnormally dry. A large section in western Alabama, as far south as Choctaw County all the way north to Marion County Fayette County and Walker County is abnormally dry. Other counties like Cleburne, Calhoun, Etowah, Cherokee, Coosa, Talladega and in the south; Covington, Coffee, Dale, Crenshaw, Pike, Barbour, Russell and north Henry County are abnormally dry.

Florida has sufficient amount of moisture.