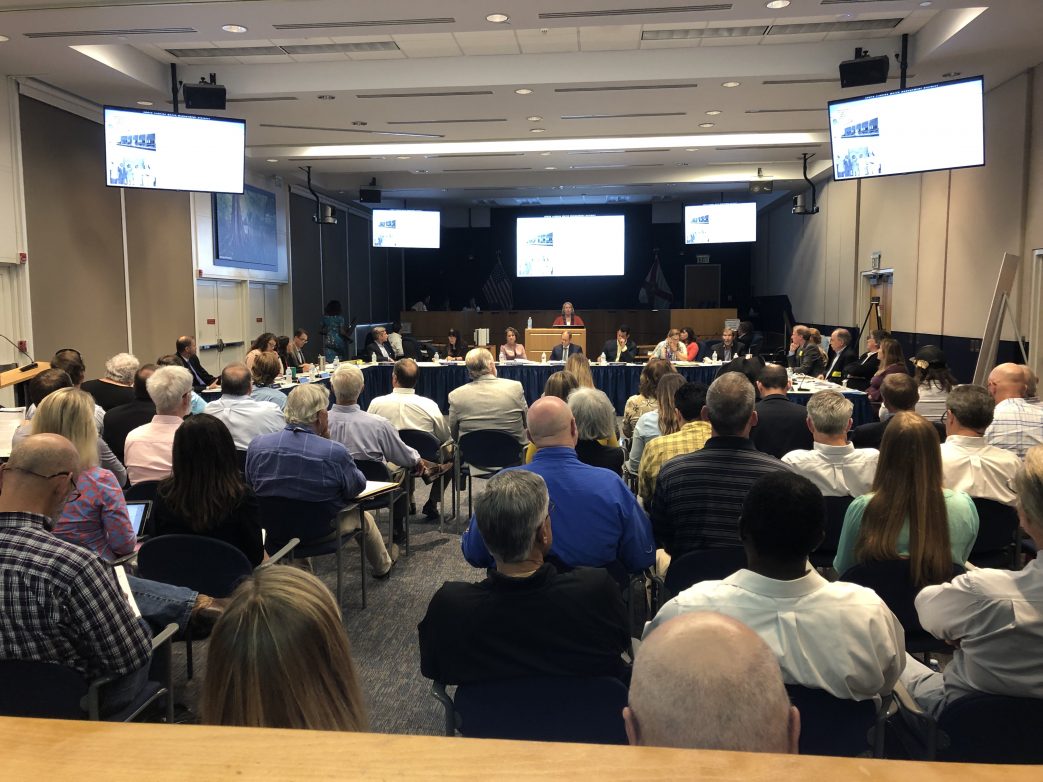 It was a packed house Wednesday as the new crop of South Florida Water Management District (SFWMD) Governing Board members met in West Palm Beach for their first workshop.

Input from the audience was tightly controlled. Even though there was an expert on the guest panel who is involved in working with agriculture in the region, agriculture people in the audience clearly noticed their voice on the governing board is missing. Farm interests statewide are watching and growing with concern that farm interests may become more of a target in this new era of politics in Florida water management.

Beginning at 1:00 p.m. and going well into the evening, before today’s monthly board meeting, the group was given a deep history lesson about South Florida water history. Slides and an expert panel went deep into explanations as to why the system had to be developed decades ago to make it possible for them and about 9 million of their South Florida neighbors to move into the region in the first place. About 1,000 more people (net growth) continue to move into Florida daily.

Indian River Citrus League’s Doug Bournique has long been involved with SFWMD water issues as part of his role representing citrus growers along Florida’s east coast region. He also is a governing board member at the St. John’s River Water Management District. Speaking with AgNet Media during a break in the workshop agenda, Bournique discussed some of agriculture’s concerns, as Florida’s farm interests wait to see if the last vacant seat on the SFWMD board might still be filled by one of their own.

Bournique was also a member of the Water Resources Analysis Coalition (WRAC), which was a large committee representing all the region’s water stakeholders in an advisory capacity to the SFWMD governing board. As part of what appears to be a new, more political approach to water management leadership that farmers fear may leave good science and their industry on the sidelines, the WRAC was discontinued by the new SFWMD board during its first official meeting in March. In his comments to AgNet Media, Bournique explains how WRAC came about and why he hopes it will return as an important way to bring more fair balance into the District’s deliberations.

A discussion about WRAC is on the agenda for today’s governing board meeting at SFWMD, which is just getting underway at the time of this news post. Stay tuned.