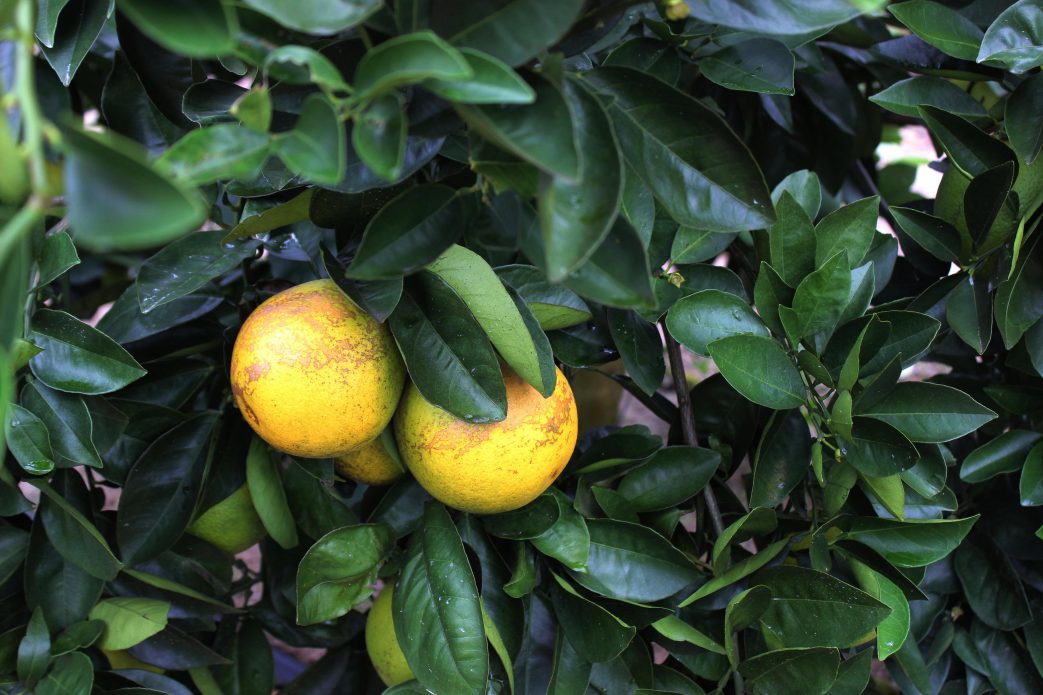 Citrus greening disease is not yet a problem in Georgia. Jonathan Oliver, University of Georgia (UGA) assistant professor and small fruits pathologist, wants to keep it that way.

The disease that has impacted citrus production in Florida for more than a decade has only been observed in backyard plantings in Georgia. However, since the state is expected to double its citrus acreage by the end of this year, Oliver is emphasizing to commercial growers to be aware of any potential citrus greening symptoms that might occur on their trees.

“Most of the commercial plantings in Georgia are very young, whereas a lot of the trees in people’s backyards are older and have had time to possibly be exposed to the bacteria. We don’t believe it’s widespread, based off what we have seen in commercial plantings,” Oliver said. “But commercial growers should be aware that it is present in several locations, for sure, in homeowner locations in South Georgia and could spread from those locations to their plantings.”

To keep citrus greening from becoming more widespread, Oliver encourages all growers to get their trees from nurseries certified by the U.S. Department of Agriculture (USDA).

Georgia Citrus Association President Lindy Savelle believes there will be approximately 1,900 acres of citrus produced in Georgia by the end of 2020. With more trees being planted, it creates greater potential for the disease and its vector, the Asian citrus psyllid.

“The more citrus trees that are here, the more likely we are to have the vector. If we have homeowner trees that are already infected, and they’re adjacent to these ever-increasing plantings of commercial citrus, it’s likely that we’ll have movement of psyllids between locations, which will ultimately spread the disease. That’s the concern,” Oliver said.

He encourages growers to scout for symptoms on trees and send in samples to be tested. Oliver received a grant from the USDA to test limited samples at UGA Tifton for free. Producers need to contact their Extension agent to get trees tested.