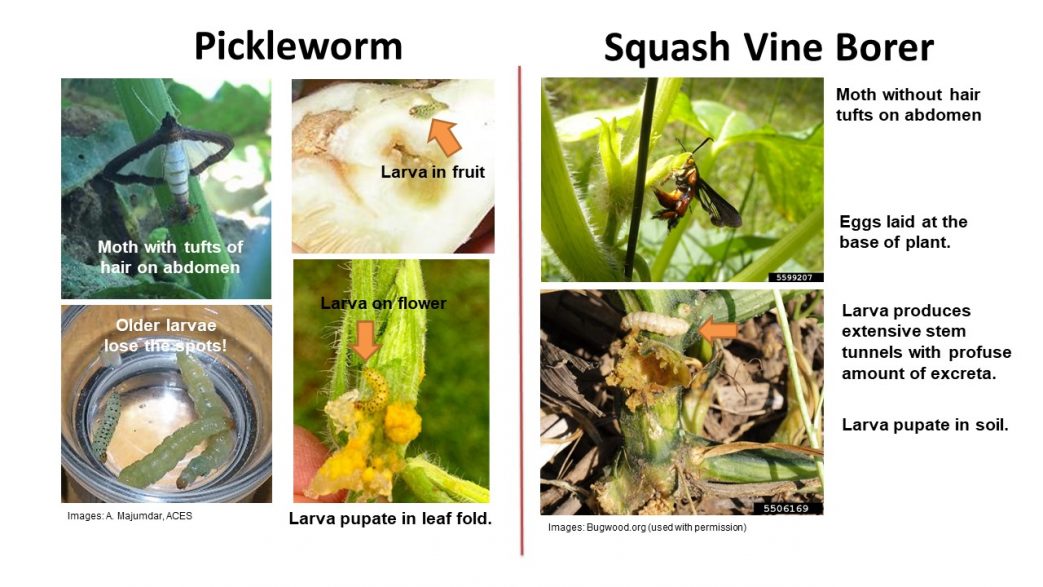 Insect pressure is high right now throughout Alabama. Ayanava Majumdar, an Auburn Extension Professor in Entomology and Plant Pathology, wants producers to be aware of the difference between squash vine borer larvae and pickleworm larvae. Complaints have increased significantly for both insects.

Pickleworm larvae are found in flowers, fruits and upper stems. Larvae have spots when they are small, and the large ones eventually pupate in leaf fold.