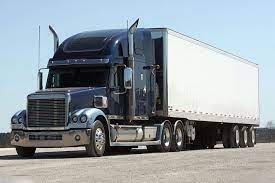 What had Southeast producers concerned in late spring and early summer has not changed in early July. High input costs, increased freight rates, outrageous pallet prices; all add up to a challenging time to produce vegetable and specialty crops.

“We’re very concerned about it. Freight rates haven’t really backed off yet. We don’t know what’s going to happen two months from now, like anyone else,” said Florida potato farmer Aaron Troyer, chairman of the Florida Fruit and Vegetable Association. “We’re concerned about it. I think some of the pallet pricing has come off a touch. I expect that to loosen up some, but not a tremendous amount over the next few months. That’s my opinion.”

It was reported in VSCNews in April that a pallet shortage was becoming a major problem. Pallets are key for growers who ship their product from the farm to the store. All vegetables and specialty crops are shipped on pallets; whether it is peaches, blueberry clamshells, watermelons or any vegetables.

According to the National Watermelon Association, CHEP, a company that deals in pallet services, indicated the problem is not isolated to just one specific sector. The pallet shortage led to prices skyrocketing.

High freight rates and limited availability created another challenge for Southeast vegetable producers. According to Neil Mazal, with East Coast Farms and Vegetables in Lake Worth, Florida, freight rates were at least doubled. And that’s if growers were able to  find trucks to haul their produce.