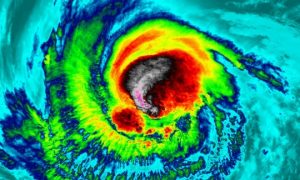 Alan Hodges, an Extension scientist in the Food and Resource Economics Department at the University of Florida Institute of Food and Agricultural Sciences (UF/IFAS), believes that natural disaster recovery systems must be upgraded. Hodges serves as Extension coordinator in the department and as director of UF’s Economic Impact Analysis program, which conducts sponsored projects for industry organizations and government agencies.

Natural disaster assessment and recovery is something that IFAS Extension has been involved with for many years, “particularly in the last year in the wake of Hurricane Irma in the state of Florida in September of 2017,” said Hodges. “It was an unprecedented natural disaster in Florida. It affected virtually every county in the state. IFAS Extension had a major role to play in initial assessments of the disaster, the losses and now ongoing in recovery.”

According to Hodges, one of the things that Extension agents have been doing for a while is providing rapid assessments of the damages from natural disasters like hurricanes, freezes, wildfires, tropical storms and tornadoes. Throughout Florida, the agents make observations of the damages with their grower clientele and fill out flash reports. Flash reports get submitted to the U.S. Department of Agriculture’s Farm Service Agency and then forwarded up the chain to the Secretary of Agriculture to make a disaster declaration.

“There’s rules in the agency about how these declarations are made,” said Hodges. “They have to show that there’s been at least a 30 percent loss of at least one agricultural commodity in a county in order for that county to qualify for the disaster declaration and eventually to receive federal disaster assistance and state assistance.”

The IFAS Extension agents have been providing that kind of information to the Farm Service Agency for many years. During Hurricane Irma, it became clear that there was a lot of repeated efforts being made. Some agents were doing their surveys in the same counties and providing the same information, and there were also Farm Service field agents and others who were doing the same thing. Sometimes the information was inconsistent, which led to a lot of confusion.

Now, there’s a project that IFAS Extension agents are working on to develop a better protocol for collecting that information in the field.  “We’ve actually developed a Qualtrics survey that will be pushed out to the IFAS agents, and they’ll be able to click on a link, even using a tablet or Smartphone, to go through a series of menus to identify which specific agricultural commodities have been affected on the individual farm — field crops, horticulture crops, fruit and vegetable crops or livestock and animal products,” stated Hodges. “It’s a pretty comprehensive menu of different commodities that represents the complete spectrum of agriculture production in Florida. It also allows them to enter information on fixed assets — losses of buildings, equipment, fencing, perennial orchards or any other permanent plantings all get fed into a central database … and then combined with historic data on agriculture production area yields and value for each county in the state in order to come up with the estimates of the total losses in each county.”

Extension agents feel this is a much more robust approach. “We are expecting to roll this tool out sometime later this month and have it in place for the hurricane season this year,” said Hodges. “We’re going to be pilot-testing the survey tool with a group of Extension agents.”

IFAS Extension administration identified the need to do a better job with information collection after a natural disaster and to avoid duplication of efforts. “Currently, we don’t have any funding to do this. We’re just working with our existing budgets and in-house staff to do this, but were going to be applying for some major grants within the next two months in order to further develop a system and refine it over the next year,” said Hodges. “This is a high-profile effort that’s going on that has the support of the IFAS administration and the Farm Service Agency Director, Mr. Combee. We’re pretty excited about it.”

The hope is that the new survey tool will help Extension agents collect information in the field and allow them to compile and analyze the data more rapidly so that disaster declarations can be made by the Department of Agriculture in a more timely fashion.

“Obviously it’s a political process,” said Hodges. “There’s some uncertainty around (current) damage estimates, but the more data you can bring to this, the more credible the numbers are, and the more likely it is that the disaster assistance funding will be approved.”