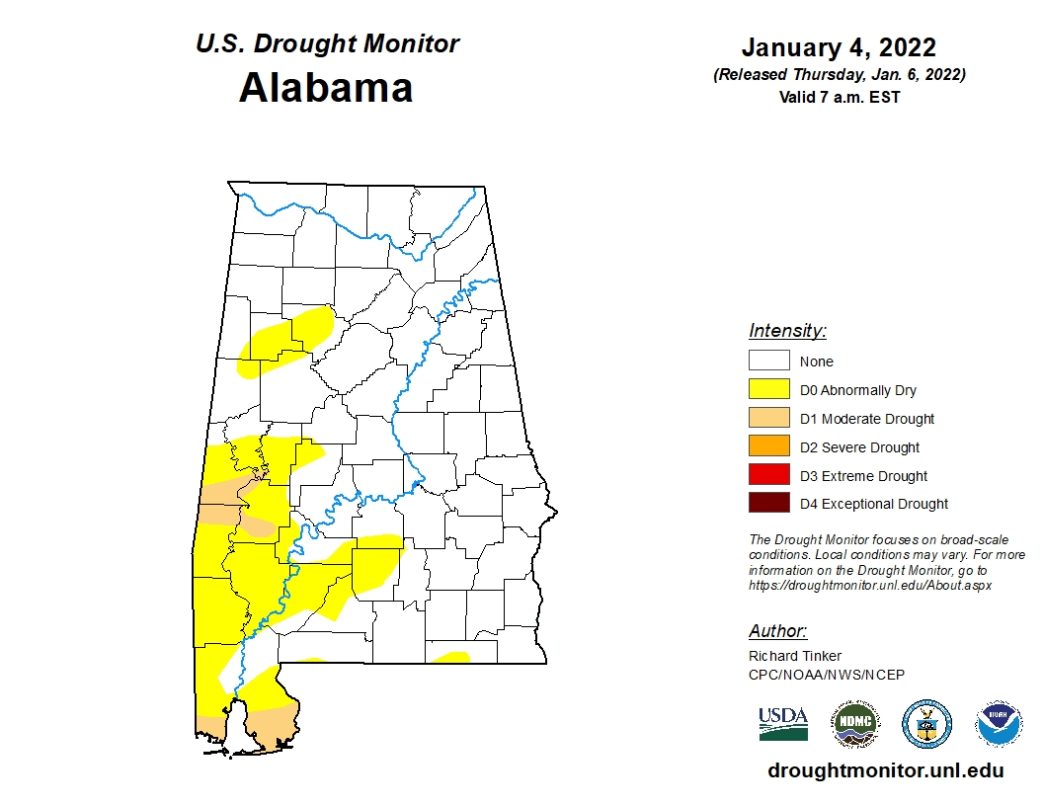 Temperatures in Guntersville, Alabama where Alabama Regional Extension agent Eric Schavey works, were as high as 79 degrees on Jan. 1. But rain helped dropped temperatures to the 30s and 40s this week.

“We have to have that rain. We’re two weeks away from a drought at any time,” Schavey said. “If we don’t get stuff replenished leading into our growing season, we will be behind the eight ball.”

Schavey said the warmer temperatures in the 70s normally do not occur in December. It significantly impacted growers’ strawberry crops.

“Our strawberry crop was liking this warm weather. But it’s the end of December, first of January. We really wish those strawberry plants would have already set their crown and then start going dormant here for a couple of months and then start wanting to grow and produce fruit. What we’re seeing there is those plants were liking that 70-degree weather and were actively growing,” Schavey said. “We normally don’t do a lot of fertilization in the fall on strawberries. We’ve actually had to go in and spoon feed them a little bit.

“We needed it to cool off so those strawberry plants will go dormant and not try to carry too much foliage into January and February which are normally our colder months anyway.”

Warmer temperatures also meant plants were susceptible to insects, which can hide in the extra foliage.