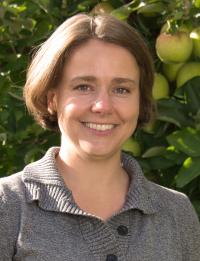 Farmers and homeowners across parts of Florida, Alabama and Georgia felt the wrath of Hurricane-turned-Tropical Storm Sally this week. High winds and massive floods knocked out electricity for residents and impacted farmers’ crops.

Kristin Woods, Alabama Regional Extension agent, who specializes in commercial horticulture and food safety, reminds growers about the ramifications of floodwaters that come in contact with edible crops.

“The FDA (Food and Drug Administration) says that any crop that is exposed to floodwaters is adulterated; it can’t be sold.”

According to the Alabama Extension news article, all standing water in a field is considered floodwater. Flooding is considered the flowing or overflowing of a field from open bodies of water outside the producer’s control. Adulterated means to make something poorer in quality by adding another substance, typically of inferior quality.

“Around here, we have quite a few people that just put in their fall gardens. I guess in a way that’s fortunate because you’re talking about replanting and not ruining a crop that has been there for three months,” Woods said. “We have some pumpkins, too. Usually, those are not eaten, so that’s a good thing. If it’s a crop that’s not going to be sold for food, then it’s fine, if it can be salvaged. If it’s under water for too long then the pumpkins won’t be any good, either.”