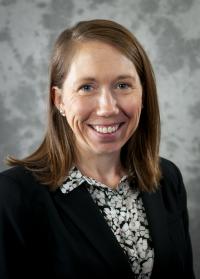 Another week, another challenge for Alabama’s hemp producers.

The excessive rainfall that some areas in the state experienced because of Hurricane Sally, should impact the hemp crop, according to Katelyn Kesheimer, Auburn University Assistant Professor and Extension Specialist.

“The issue is there’s that 15-day testing window. So, you have to get an Ag inspector to come take a sample of your crop and make sure it’s not hot, not above 0.3% THC,” said Kesheimer. “Then you have within 15 days of that testing, you have to harvest. If you miss it, you have to get tested again after that 15 days; if you miss it. You don’t want to be pulling soaking wet plants out of the field because they have to dry. We’re already struggling this year with diseases primarily in hemp. We’re dealing with issues of corn earworm and stuff but because it’s been so wet and humid, we’re having Ag inspectors go do their inspections and then the growers have a whole host of disease issues.

“It’s probably only going to get worse. It’s not great timing for an already tough year for folks.”

Some Alabama hemp producers who were able to plant their seeds by April or May should be ready to begin harvesting their crop. But Kesheimer noted that one issue that farmers have encountered is the cost associated with drying and processing the hemp. The dire reality has even forced some farmers to get rid of their crop.

“It’s going to cost more for some folks to pay for that than they’re going to make (in) a profit. So, they’re just plowing their crop under,” Kesheimer said. “There’s one particular farmer in southern Alabama, it was going to cost him $300,000 to get his plants processed on 15 acres and he was only going to make $90,000. He just plowed it under. That was about a $30,000 investment in terms of seed and inputs.”

Kesheimer said most growers throughout the region didn’t have contracts established before the season – consequently, another problem.

“They’re finding out the harsh reality of cost to process, distance, time and all that stuff. It’s a big learning experience, and if I were a grower, I’d want to get my crop out of the ground as soon as possible, which may be difficult with the rain,” Kesheimer said. “It’s just one more delay that’s going to make an already bad year more tough.”