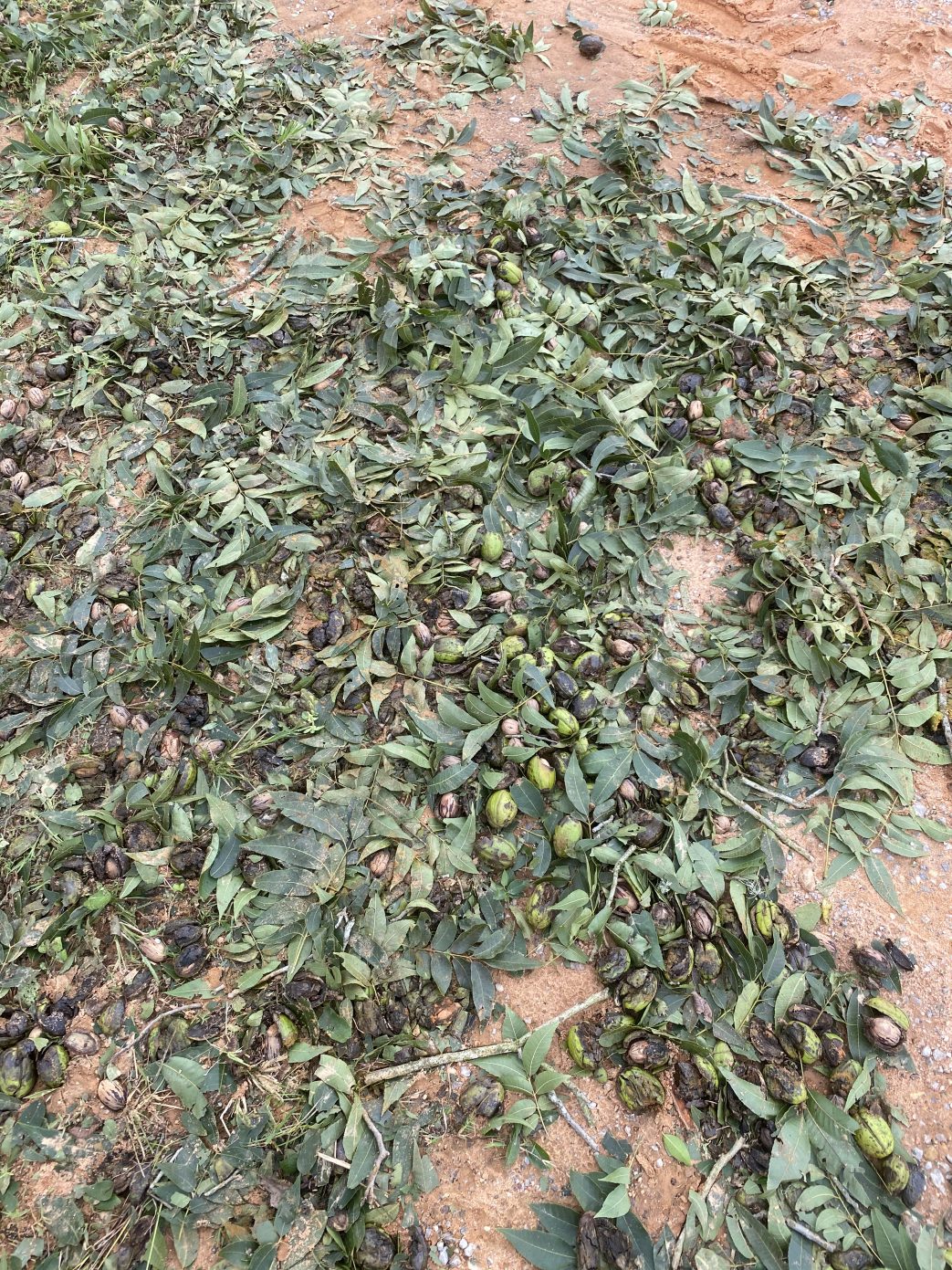 Two counties in Alabama known for pecan production had little to zero pecans harvested this year after being hit hard by Hurricane Sally.

Unfortunately, it is likely to have a ripple effect on pecan production in Baldwin and Mobile Counties for years to come, says Bryan Wilkins, Alabama Extension Research Associate.

“We’re going to be in an alternate bearing year next year. You can figure that a lot of these trees got damaged, and the ones that didn’t get blown over, they’re going to have to have some pretty severe pruning on a lot of them. You’re probably looking at three or four years before Baldwin County is back to doing anything terribly, terribly significant.”

The Category 2 storm hammered Alabama pecan producers like Gary Underwood on Sept. 16. Underwood, who is based between Mobile, Ala. and Pensacola, Fla., lost a substantial amount of his pecan crop, as he estimated he lost 600 trees.

Loss to This Year’s Crop

However, the more pressing concern right now is cleaning up all of the debris left behind.

Lot to Clean Up

“We’re going to be cleaning up on into the new year. They’re slowly making some progress but the trees, a lot of them weren’t completely broke off at the roots. They were still attached, just blown over. Those trees haven’t started drying out yet,” Wilkins said.

“They’re still green for the most part. Even once they get them up, they’re not going to be able to just start burning. They’re going to have to let them dry some. The time you get everything burnt and cleaned up and limb raked and picked up and holes filled in, it’s going to be doggone close to spring, bloom time.”