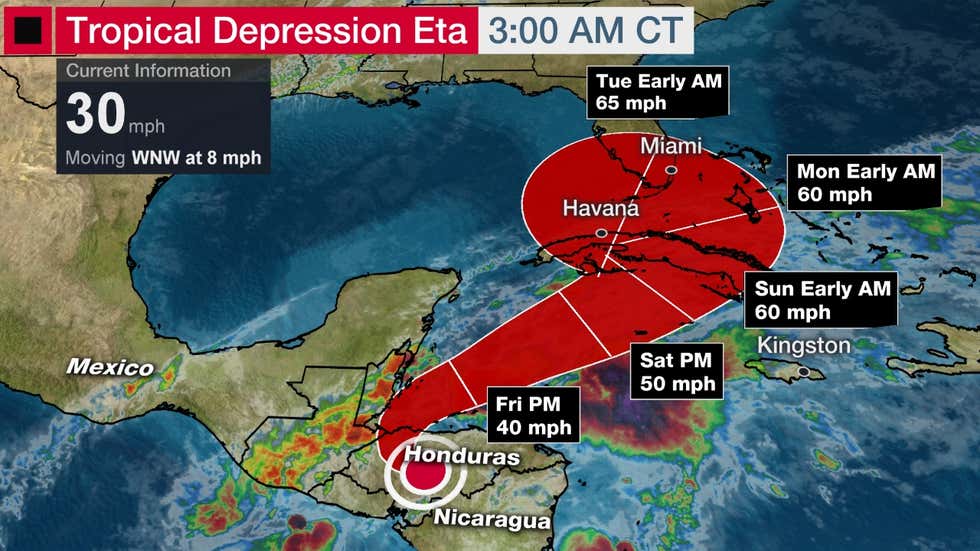 According to weather.com, Hurricane Eta is threatening to approach South Florida this weekend and bring rain, high winds or a combination of both as early as Monday morning.

“We’re watching it anxiously. No matter what happens, I’m sure we’re going to get a bag of rain out of it,” McAvoy said. “Even if it doesn’t directly hit Florida and we don’t have any wind; right now it looks like it will remain a tropical storm and not a hurricane; but there’s one model that has it coming into Southeast Florida as a Category 3 (hurricane) or more.

“We’re anxious about it because we’re at the stage now where our crops are pretty far along.”

“It’s a little different than if they’re baby plants and you can replant rather quickly. Even if (Eta) misses Florida completely, I’m sure it’s going to result in a lot of rain, and we don’t really need any. The past several tropical systems that went through the Gulf, while they didn’t directly impact us, they’ve pumped a lot of moisture into Florida and we’ve had a lot of heavy rains and flooding,” McAvoy said.

“We’re approaching the height of the fall season. Our big market in the fall is Thanksgiving. The next couple of weeks are critical in Florida.”

The state’s citrus crop could also be impacted.