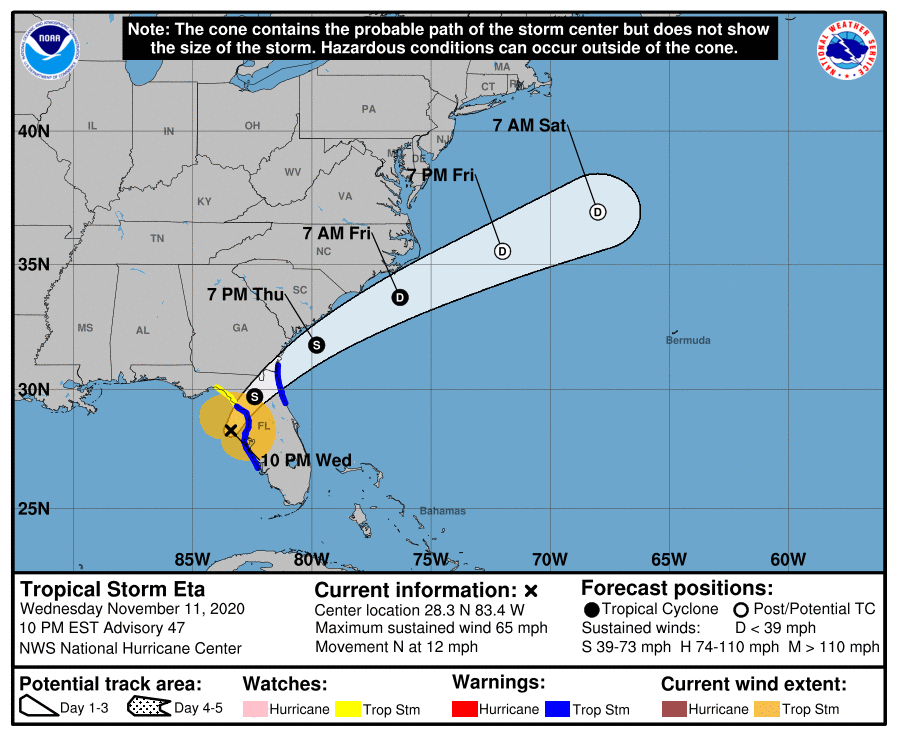 An already saturated South Florida was inundated with rainfall from Hurricane Eta this week. The result were fruit that were either lost or will suffer from expected disease pressure, according to Gene McAvoy, University of Florida Regional Vegetable Extension Agent IV Emeritus.

“We did have quite a lot of rain. We didn’t really need it. I’m sure we’ll see more disease as a result,” McAvoy said. “Some of the guys that had beans and corn direct seeded stuff, they’re going to experience some stand loss, some damping off. Sugarcane planting was delayed.

“I’m sure we’ll see some increased calls in terms of cracked fruit in tomatoes and some scarring from wind scarring; disease. There’s a lot of bacteria around. I don’t know how much of that will show up on the fruit, it’s too early to tell yet.”

Plant disease is not uncommon following excessive rainfall. It could really be an issue, though for plants in fields that have been completely saturated and having trouble drying out.

Weather remains a year-round challenge for Florida vegetable growers. The region has experienced two months of excessive rainfall, following a relatively dry summer. McAvoy estimated that in the Fort Lauderdale area, it had received 26 inches over the past month. It’s twice as much as what his area has seen, and they’ve seen quite a bit.

“We actually had a relatively dry summer. Until about the first week of September it was pretty dry. Then it really got wet,” said McAvoy, who is located in between Immokalee and LaBelle. “My personal property has been basically under water. I have a pasture, but it’s ankle deep across 39 or 40 acres.”