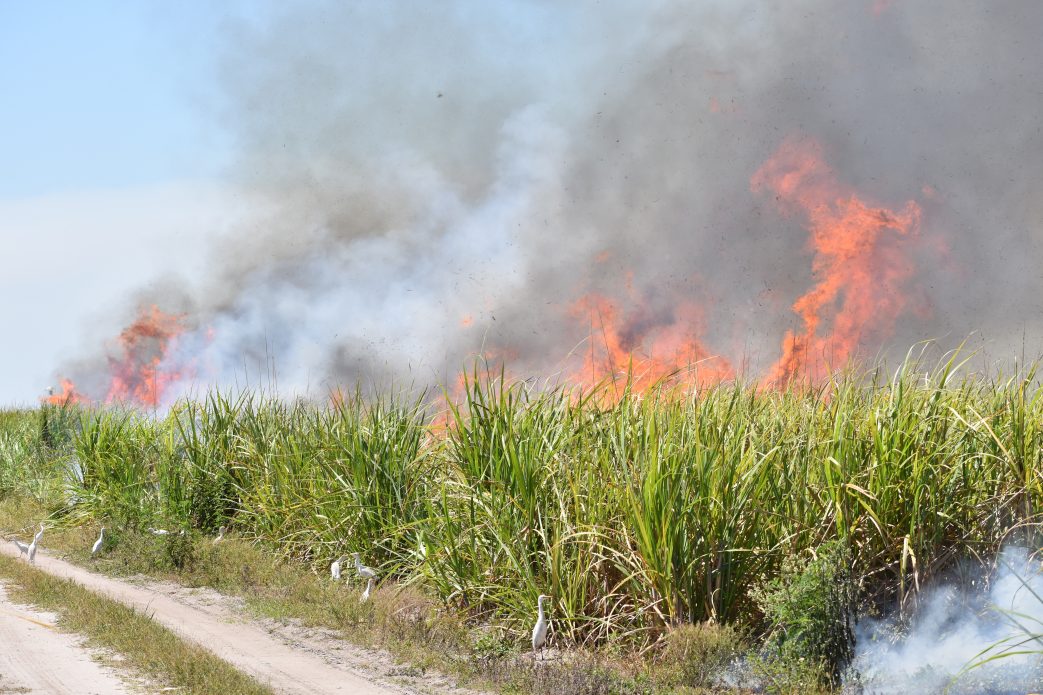 One Florida state legislator deems House Bill 1601 a “dangerous piece of legislation.” Another accuses “Big Sugar” of attempting to “change the rules” in the middle of the game.

The bill that is likely to see the House in the next couple of weeks has drawn the ire of Florida State Representatives Anna Eskamani and Omari Hardy. Also known as Senate Bill 88, the House bill modifies Florida’s Right to Farm Act to broadly protect farmers from lawsuits if they’ve followed regulatory requirements.

Big Sugar, which includes Florida Crystals Corporation, U.S. Sugar and Sugar Cane Growers Cooperative of Florida, is already involved in a lawsuit which cites sugarcane burning as having harmful effects on their health and pollutes the environment. Both legislators believe the bill’s timing wreaks of Big Sugar’s influence and will have dangerous ramifications if it passes.

“To be so embedded when it comes to their political and community influence, that even the idea of changing a practice so that children and generations to come can have clean air when they walk outside and go to school; because they stand against that, not only have they denied us the opportunity to pursue green harvesting but they are pushing forward a priority bill that would potentially undercut pending litigation filed by local members of the community trying to end the practice of sugarcane burning,” Eskamani said.

Hardy added, “In this case, we have people trying to make a claim in court. Rather than let that play out, Big Sugar has come to the legislature to get the legislature to change the law in the middle of the lawsuit. It’s changing the rules in the middle of the game, and it’s not fair. That’s why this bill should not be heard, but if it’s heard, it should not be advanced, but if it’s advanced, it should not be advanced in its current form. There needs to be significant changes made to this bill.”

However, Adam Basford, Director of State Legislative Affairs at Florida Farm Bureau, insists the bill will not impact any current litigation.

But Hardy insists that if that was the case, why wasn’t his amendment that the bill not apply retroactively included?

“While the (bill’s) sponsor says that the bill does not apply retroactively, the fact of the matter is my amendment was not adopted. There’s a reason why you would not adopt a harmless amendment to clarify that the bill does not apply retroactively, because I believe the folks that are pushing this bill want it to stop the lawsuit that is currently in place, to close the doors of the courthouse to people who are seeking justice right now,” Hardy said.

Sugarcane burning was the focus of Tuesday’s press conference with both legislators as well as citizens impacted by the practice.

Proponents of the agricultural practice say that pre-harvest burns are necessary for Florida farmers and does not endanger surrounding communities. Pre-harvest burns promote healthy plant regrowth for future crops and improves the quality and efficiency of the harvest.

Ryan Duffy, director of corporate communications for U.S. Sugar, and Judy Sanchez, senior director for corporate communications and public affairs at U.S. Sugar, said that all controlled pre-harvest burns are regulated by the Florida Forest Service. Every controlled pre-harvest burn requires an individual burn permit for each field, which will only be issued for that day. The Florida Forest Service grants or denies the permit based upon that day’s weather conditions.

Certain criteria must be met for a sugarcane grower to be approved for a burn permit. These include wind direction and speed, atmospheric conditions and location relative to sensitive areas like hospitals, schools and highways.

Opponents of the burning practice want sugarcane producers to switch to green harvesting. This practice uses mechanical harvesters to separate the sugarcane leaves and tops from the stalks. It would eliminate burning altogether.

“I want to be clear, no one is trying to end the industry. People are just trying to end this practice that has damaged far too many lives and far too many communities,” Eskamani said. “House Bill 1601 is a dangerous piece of legislation, also known as Senate Bill 88. It completely would negate efforts to seek some sort of judicial process when faced with a nuisance that is outside of a farm. The way they have defined this nuisance is in such narrow terms that particles from sugarcane burning, which by the way, can float upwards of 20 and 25 miles, you will not be able to seek any type of litigation or any type of recourse if this bill were to become law.”

What Mechanical Harvesting Won’t Do

In September, Duffy said that specialty interest groups have selectively chosen a piece of the research and said you can get the same yield if you don’t burn the cane versus cane that’s burnt.

“What that misses is that if you leave all of that leaf trash on the field, it will impact the next year’s crop, and there may not be the same yield next year,” Duffy said.

Basford said the bill is part of the agenda for next week’s Judiciary Committee Hearing. It would then move to the House the following week.

“I think that no one on this call would accept ash falling from the sky onto their home, into their yards, onto their playgrounds where their children play. I also believe that if that were happening that you would want to have the doors of the courthouse open to you. So that if you have a claim, that you can have that claim heard and have it adjudicated fairly,” Hardy said. “What this bill does, it not only allows this practice of sugarcane burning to continue, but it closes the doors of the courthouse to people seeking justice.”