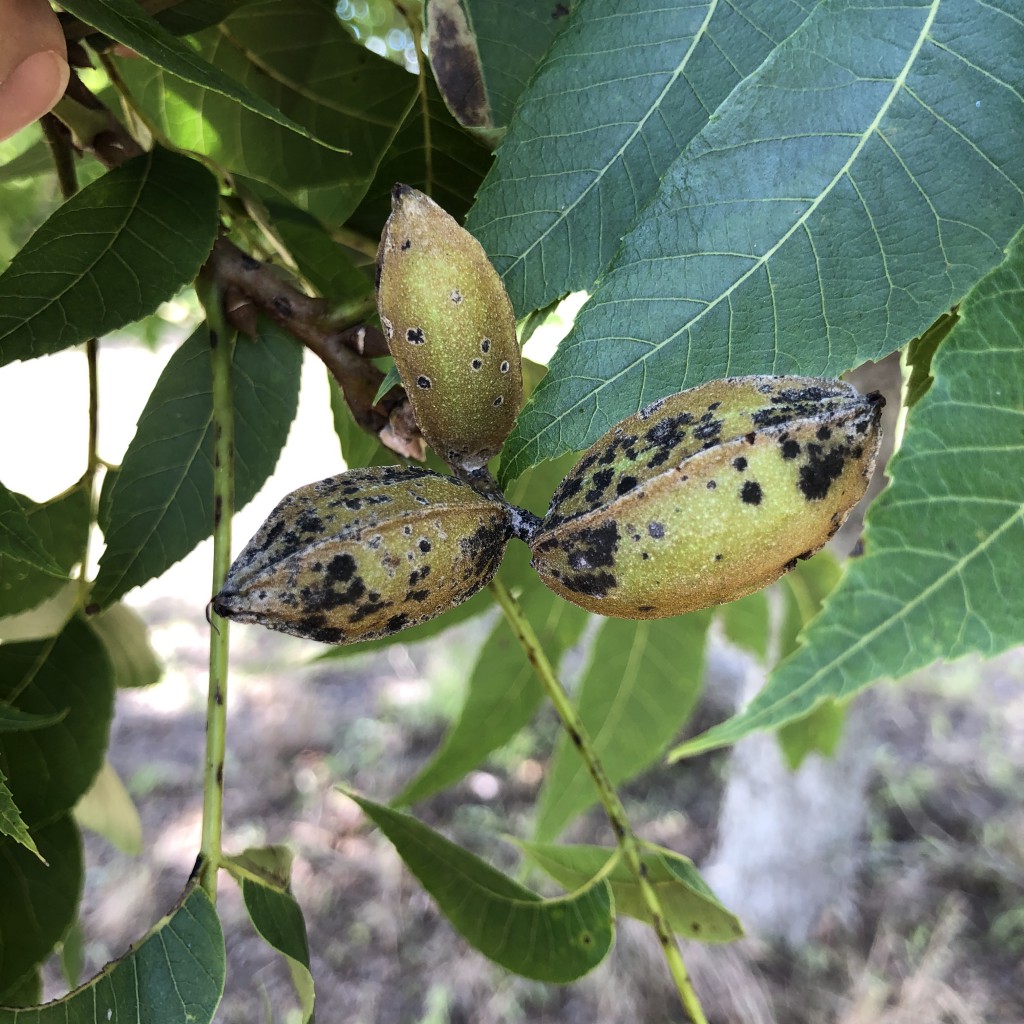 What a difference a year has made so far for Georgia pecan producers. Unlike last season when persistent rainfall forced growers to be active in their fungicide applications, this year’s dry conditions have allowed farmers to be more conservative in their scab sprays.

“It could not be any better. Everybody should have their irrigation running,” University of Georgia Extension pecan specialist Lenny Wells said. “It’s much cheaper to run irrigation than it is to spray for scab. That’s going to help a lot, I think.

“It’s been a lot easier so far on managing scab. Hopefully, growers can try to save a little money on scab sprays while they can. Weather can change any time.”

Dry weather has worsened in the southern region of Georgia. Drought conditions are either abnormally dry or moderately in South Georgia, according to Thursday’s release of the U.S. Drought Monitor. Wells stresses that growers not let up on their irrigation scheduling.

“They need to have the water running some. They don’t have to have a lot right now, but they do need to have it on, usually about 20% of the full cycle they would normally use at peak demand,” Wells said.

Scab is a fungal disease that infects the leaves or nuts of pecan trees. Scab can cause the pecan to blacken and fall from the tree, if it affects the nut early enough. Some growers may spray between 10 and 12 times during an average year to fight scab, depending on how much it rains during the summer. Scab thrives on trees that have received moisture.

While dry weather is not ideal for scab development, growers should still be actively applying fungicide applications.

“It depends on the variety and somewhat on the location where they are. If they’re growing something like Desirable or Pawnee or they’re in an area that’s really scab prone like a low-lying area or area with lot of trees or woods around it where it doesn’t dry out quickly, they probably need to stay on a two-week schedule in those situations,” Wells said. “In other varieties that are only moderately susceptible to scab and it’s an area where they’ve got good air flow, they can probably stretch it some in those cases. I would say three weeks or so on those types of varieties would be okay. Certainly, if it’s a scab susceptible situation or variety, they need to stay on two weeks.”