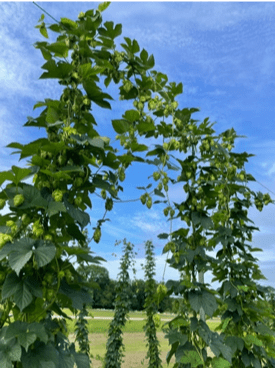 According to Alabama Extension, research specialists will conduct a hops cultivar trial in the hop yard of the E.V. Smith Research and Extension Center in Shorter, Alabama this year. There will also be a workshop conducted at a later date, training growers on cultivar selection and crop management.

The research is in response to increased interest for hops production throughout Alabama.

A recent survey with Alabama brewers showed that Cascade and Centennial top the list of desired hop cultivars. Cascade is a common cultivar that is adaptable in the Southeast region, including Alabama, Florida and North Carolina. Alabama brewers also prefer cultivars Williamette, Chinook and Columbus. But research is still required for those cultivars since they have not been evaluated for Alabama’s environmental conditions.

Hops are the primary ingredient that provides flavor to a crafted beer. Washington, Oregon and Idaho account for 98% of the U.S. hop production.