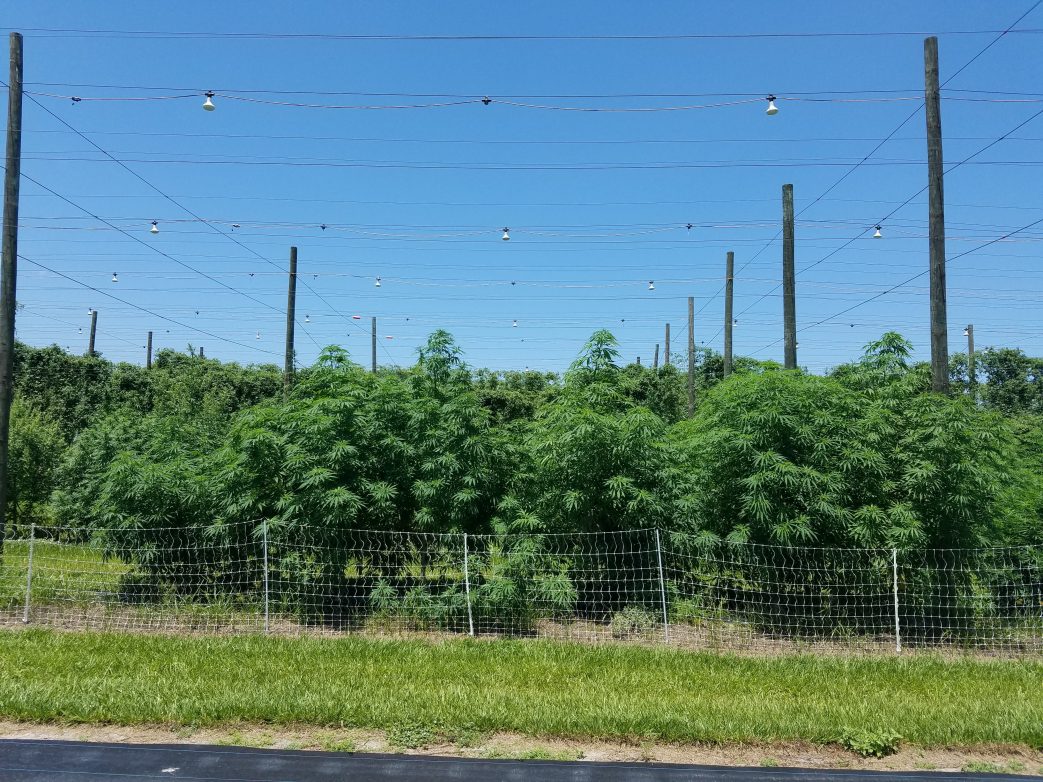 Florida’s subtropical climate offers unique opportunities to grow crops outside of the typical growing season of other states. Such is the case for strawberries and many vegetables. There are high expectations that hemp could be another such crop, although nematodes may have something to say about that.

Plant-parasitic nematodes, such as root-knot and sting nematodes, can cause severe damage to many of Florida’s crops, especially in sandy soils, which comprise much of the state (Figure 1). Nematodes are microscopic roundworms that live in the soil and are one of the least-known and most difficult-to-manage pests that growers can face. Because of nematodes’ small size, belowground nature and lack of easily recognizable symptoms, nematode damage is often not recognized as such. Symptoms typically occur randomly in a field and are easily confused with other pests and diseases, nutritional deficiencies, plugged drip tapes or too much or too little water.

The most important nematodes in Florida are root-knot nematodes. They can cause damage to a wide variety of crops and are extremely widespread throughout the state (Figure 2).

HEMP HAS SOME NEMATODE TOLERANCE

With the considerable interest that hemp is gaining in Florida, the Gulf Coast Research and Education Center (GCREC) nematology lab started to investigate how root-knot and other nematodes may affect this new crop. The hemp-nematode research is the focus of Jackie Coburn, a master’s student in the nematology lab.

Coburn screened several hemp cultivars in the greenhouse at the GCREC, including fiber, seed and CBD (cannabidiol) hemp types, originating from Europe, China and the United States. Initial data show that hemp is a good host for root-knot nematodes (Figure 2). However, the crop appears to be relatively tolerant, meaning the nematodes can feed and reproduce, but do not seem to negatively affect hemp growth.

In addition to the greenhouse studies, hemp research was also initiated in the field at the University of Florida Institute of Food and Agricultural Sciences (UF/IFAS) farm in Balm. Here, hemp cultivars are planted throughout the year. In addition to nematode sampling, plants are being monitored for other pests and diseases.

An interesting feature in the field trials here is that hemp is grown with and without adding supplemental light, a practice that has worked well for hops in Florida (Figure 3 and Figure 4). It quickly became clear that adding supplemental light during the vegetative state makes a huge difference when growing hemp. In field trials, hemp was intercropped with hops, and both crops received the same light and fertilizer regimen.

Hops and hemp belong to the same plant family, and in addition to both being daylength-sensitive plants, they also share many of the same flavor and aroma compounds. The field trials at the GCREC showed that with supplemental light, a hops-hemp intercrop can be an attractive option, as both crops will similarly benefit, allowing for two hop harvests per year and two to three hemp harvests per year.

With increasing interest in hemp as an alternative crop, we will continue to provide updates on the hemp research at the GCREC. Future focus will be on CBD varieties and how to integrate hemp in the high-value cropping systems (vegetables and strawberries) in our area.

Finally, in order to help researchers better understand the real importance of nematodes in commercial hemp fields, we invite any hemp grower in Florida to contact us if they notice abnormal plants in their field, or simply wish to have their fields analyzed for nematodes.

This story was from the August edition of VSCNews Magazine. To subscribe, see http://vscnews.com/subscribe/.