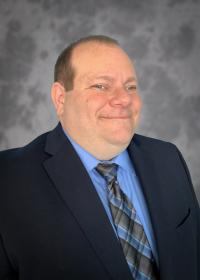 With hemp harvest beginning across the Southeast, predictions are already being made about what next year’s crop might look like. One Extension economist believes there will not be an acreage increase in 2021.

Auburn University Assistant Professor and Extension economist Adam Rabinowitz does not expect acres in the Southeast to increase until the market shows significant recovery.

“I don’t think we’ll see more acres in the Southeast. We’re not seeing the price rebound back up to the point to where there was this huge interest of getting into that production,” Rabinowitz said. “I think we’re going to have to see a little bit more of the market really play out in terms of what the real consumer demand is and get a better understanding of that, and then potentially, try to find some efficiencies in the production practice before we’ll see an acreage increase.”

Hemp applications for the 2021 season are already being accepted in Alabama. They are available at agi.alabama.gov/hempapp.  The final day to apply for a hemp license is Nov. 30, 2020 by 5:00 pm (CST).

It will be the third year that the Alabama Department of Agriculture and Industries has administered the program.

According to Tim Coolong, University of Georgia Cooperative Extension specialist, he estimates that between 300 and 400 acres were planted this year with 108 licenses issued by the Georgia Department of Agriculture. Some of those, though, may be processors and others may be farmers who decided not to plant.

According to Holly Bell, director of cannabis for the Florida Department of Agriculture and Consumer Services (FDACS), “Florida is becoming the leader in the country – if not the world – on how we’re getting our hemp rolled out and the standards we’re setting.” On April 27, FDACS began issuing hemp cultivation permits for the 2020 growing season. As of mid-August, 550 permits were issued and another 400 were being processed. The 550 permits encompass 18,000 acres of indoor- and outdoor-grown hemp.