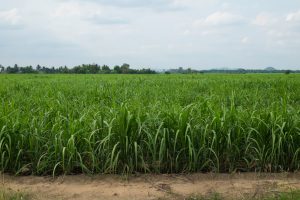 Urban expansion is impacting agriculture throughout the Southeast. Florida appears to be the first state in this region to dramatically shift to a much more urban-thinking electorate.

In light of this year’s primary elections, there are some points Florida agriculturists should be thinking about. I know many of you have been pondering some of this already, based on the number of calls and conversations I’ve had with farming folks around the state recently.

For one thing, many Florida citizens don’t understand all of the things that make the state such an attractive place to live. More and more people moving to Florida seem to want to change it to be more like the places they came from, instead of adapting to things that simply can’t be changed. Some local TV reporters love to let these folks voice their views in the news, even when their comments are not factual.

And when new Florida residents find a way to get elected to public office not too long after moving here, things can get really dicey. Most new residents just don’t realize how different Florida is than most other places they come from. Misunderstanding and misinformation can lead to some huge problems in Florida, some of which may never be resolved once damage is done.

MISINFORMATION IN MAINSTREAM MEDIA
I’m shocked at how much downright misinformation is now being reported in mainstream media when it comes to agricultural issues. This is largely a result of growing urban concerns about issues the public just doesn’t understand, such as how the water flows in Florida. Many urban journalists appear to be spoon-fed by those known to be unfriendly to agriculture. The exception to this might be at suppertime, when they enjoy the fruits of the farmers’ labor. They don’t complain so much when their mouths are full.

I am the last of four farm boys born into my family in southeast Florida. I earned a degree in broadcast journalism at the University of Florida and was introduced to farm media as a communications intern at Farm Bureau while still in college. Nearly my entire career thereafter has been spent building AgNet Media. It became obvious to me early on that agriculture often gets a raw deal in the media. This is even truer today. It’s been quite a ride and keeps getting more interesting and more challenging.

Considering what we witnessed in the most recent primary, the situation has worsened. Politicians are finding they can buy into misinformation often sourced from those with a misguided agenda to rid the state of farming, and get a bump in the polls by doing so. Ironically, some of the same farm issues that were front and center with an urbanizing population 20 years ago are now resurfacing. Inaccuracies are being purported and pushed by some of the very same very wealthy people who pushed them decades ago. But who is really looking into and reporting on their true agenda? Who even has the time or resources to do so?

Farmers don’t throw falsehoods out to an emotional public to buy into. Instead, they prefer to lean on science to help them take the best care of the land they need to keep making a living growing food for the rest of us. Besides, as heavily criticized and regulated as farmers are, they can’t afford to push information that isn’t accurate. They are easy targets because they are so few, compared to the uninformed urban masses growing exponentially along Florida’s coastlines, and those often representing them who are just as uninformed.

Farm media sometimes goes against the grain of other media. Farm journalists are able to report the facts that other reporters don’t know enough to even ask about. Bad reporting on agriculture is often due to the vast majority of reporters growing up in the city and likely not even knowing a farmer to call or how to find one.

Additionally, the entire news media industry has been gutted in recent years as online technologies have allowed anyone to be reporter. Budgets that supported better journalism in the past have largely vanished. Nowadays, young journalists are challenged to get many stories from different parts of their newsbeat, so they can’t specialize in a single area, like in the past. Therefore, it’s difficult to research complex ag issues deeply enough to uncover the facts.

NEW APPROACH NEEDED
Farmers and those connected to the agriculture industry — and the public, too, for that matter — need to be aware and more careful of politicians in both parties who are realizing that painting agriculture with a negative brush can result in a jump in the polls. The rhetoric they use is damaging to one of the state’s most important industries, and especially hurtful for the farm families and farm businesses at the grassroots of the industry.

Florida is still a leading agriculture state in this nation, and the next crop of state leaders — no matter who gets elected — has some learning to do. But who will teach them, and will they even listen? They haven’t been listening much yet, even though the scientific facts about much of what they are saying are easily available to refute them.

Perhaps it’s time farming industries rethink their approach to communicating with a fast-growing population. The old ways of thinking simply aren’t working as well as the industry needs them to.