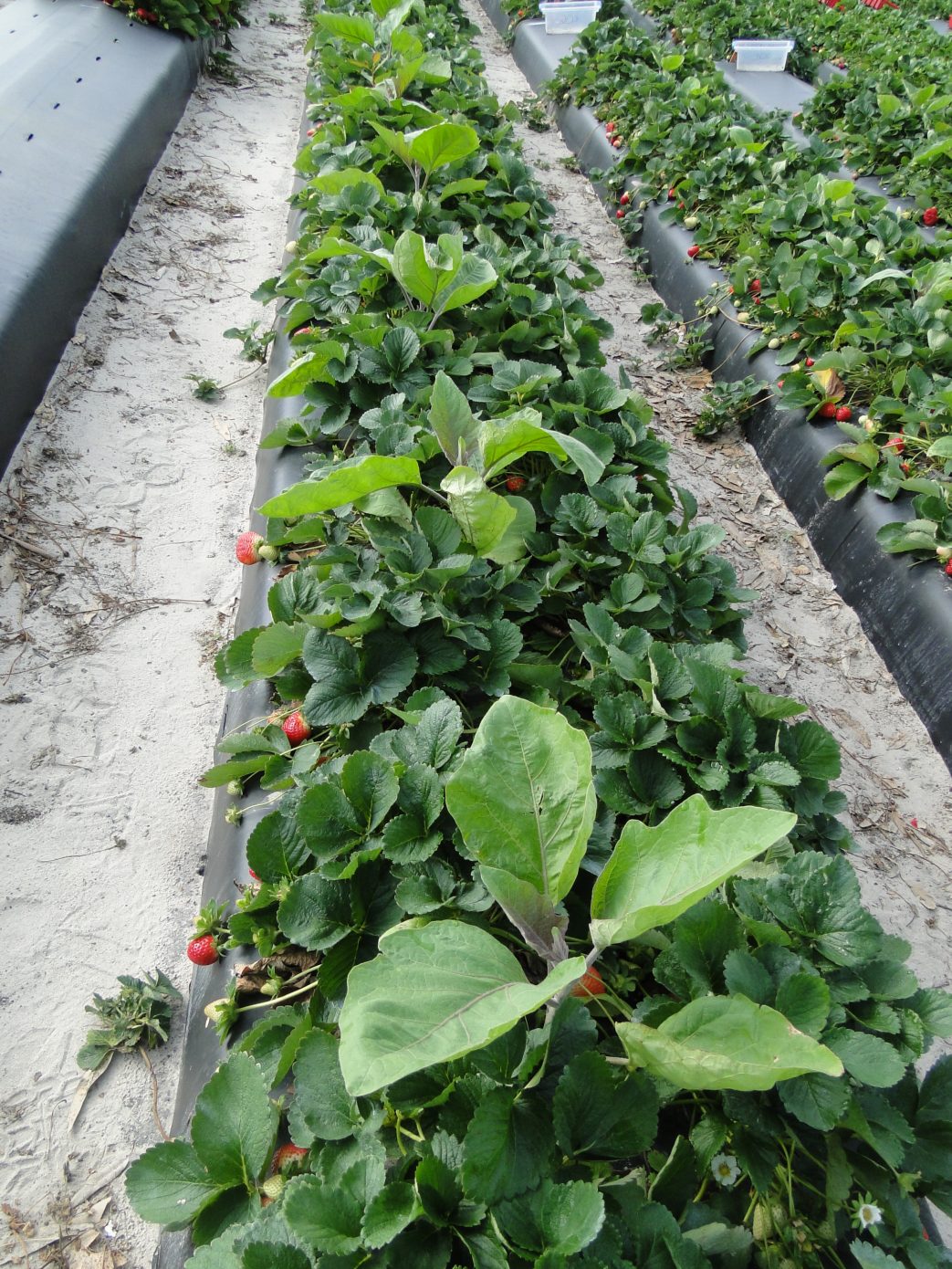 Vegetable growers throughout the Southeast face intensive economic pressure from foreign competition, volatile markets and increased production costs. Alternative production systems are needed that reduce input costs and increase economic return. One potential approach is to grow more than one crop on the same plastic mulch.

The vast majority of horticultural crops in the Southeast are grown using a plasticulture production system that consists of the formation of a raised bed covered with plastic mulch with drip tape installed beneath the mulch. The plasticulture system has numerous benefits, including increased soil temperature, reduced soil evaporation, improved fertilizer-use efficiency, weed suppression and improved crop quality and yield.

MAXIMIZING MULCH
In a standard plasticulture system one crop is grown, and the plastic mulch is removed following harvest. The production of multiple crops on the same plastic mulch will distribute input costs over multiple crops and has the potential to increase farm revenue and reduce income risk due to diversification. This can be achieved by planting the second crop in the same field before removal of the first crop (relay cropping) or after the removal of the first crop (multicropping). Growing multiple crops on the same plastic mulch might be particularly beneficial to vegetable and small berry growers in the Southeast. This is due to their extended growing season, which makes it possible to grow two or more crops on the mulch within a single calendar year.

I have been working on techniques to improve relay cropping systems for several years. This technique is already utilized by a significant number of strawberry growers in Central Florida. For example, strawberries are typically planted in two rows per bed in early September and harvested from December through March in Central Florida. Cucurbits, peppers, eggplants and other vegetables can be transplanted between the strawberry rows from late January through March. The transplants grow within the strawberry crop until early to mid-March, when the strawberries are removed by hand. This approach allows the vegetable transplants to become established and begin to grow while berries are still being harvested.

My research team recently completed a two-year study to evaluate multiple strawberry-based production systems. They evaluated different fallow treatments as well as the presence or absence of a relay crop. The fallow treatments included leaving the mulch in place for the duration of the fallow period and using it again in year two, removing the mulch and maintaining the area weed-free with the use of herbicides, or removing the mulch and planting a cover crop. They found that leaving the mulch in place was an effective weed management approach, but crop yields the second year were lower at one of two sites. Strawberry yield was unaffected by the relay crop, and the team concluded that relay cropping or the production of two successive strawberry crops on the same plastic mulch were viable options for Florida strawberry growers.

Laboratory research is ongoing with emphasis on pest management approaches developed for relay cropping systems, technology to reduce labor associated with crop removal as well as the development of relay or multi-cropping systems with different crop combinations and plant densities.

Early results indicate that the initial crop can be removed with herbicides if the second crop is adequately shielded. Crop selection is also very important. Some crops (bell peppers) are very susceptible to shading, while shade has minimal impact on other crops (strawberries). When properly planned, multiple crops can be produced on the same plastic mulch. As a result, input costs per crop drop significantly.

Nathan Boyd is an associate professor at the University of Florida Institute of Food and Agricultural Sciences Gulf Coast Research and Education Center in Wimauma.