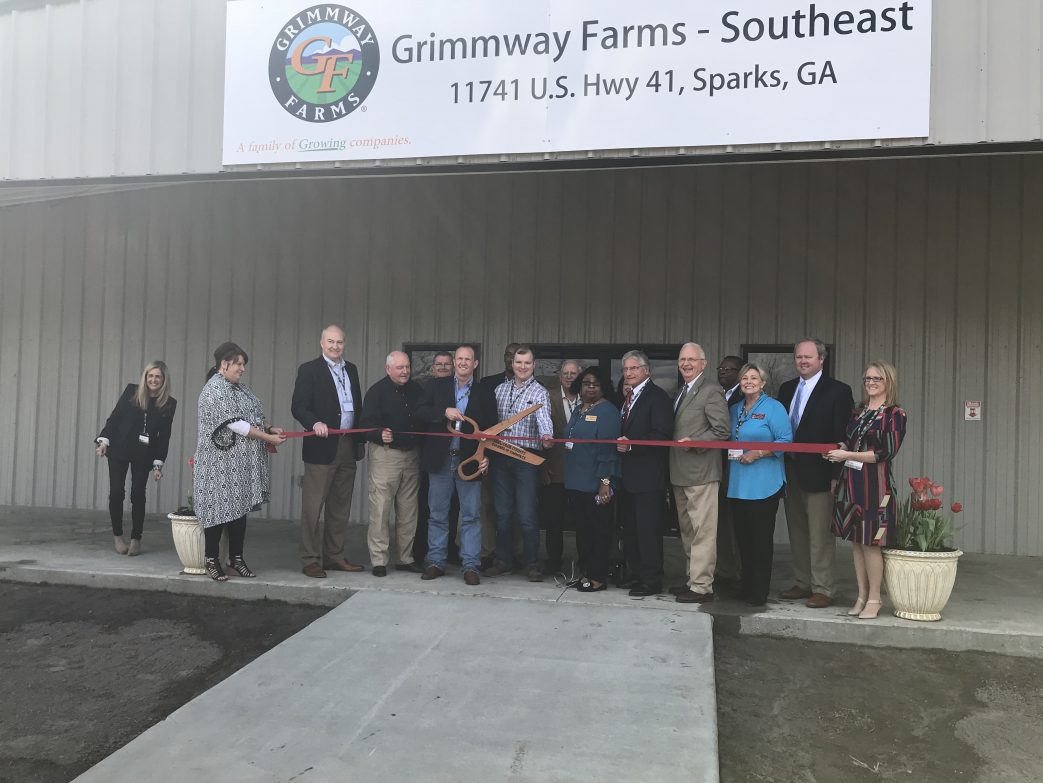 Jeff Huckaby, Grimmway Farms chief executive officer, hosted U.S. Secretary of Agriculture Sonny Perdue and Georgia Agriculture Commissioner Gary Black at the grand opening of Grimmway’s new Southeast region packing facility and warehouse in Sparks, Georgia, on Feb. 20. Huckaby said he is “really excited” to be making the move across the country, from California to Georgia, to open the new facility.

Grimmway is most famous for its carrots, which it produces in all different sizes and cuts, and are sold nationwide by retailers. The business has expanded to Georgia in order to be closer to its retailers on the East Coast.

Huckaby describes Sparks as the perfect fit. “To be where everyone realizes that farming is important, food safety and everything else, that’s extremely important to us,” he said.

Huckaby added that the governmental climate in Georgia seems to be nice compared to California. “Having dealt with every hoop imaginable in California, it’s really a sigh of relief to be here,” Huckaby said. Secretary Perdue and Commissioner Black, both Georgia natives, are happy to have Grimmway Farms join the state’s agriculture industry. Perdue raved about Grimmway’s deep commitment to food safety and the safety of its employees. “Grimmway is a major producer around the United States and they’re a first-class company,” Perdue said.

Commissioner Black said that he is excited to welcome Grimmway Farms into “nature’s favorite state.” “We really look forward to working with these new members of the ag family in Georgia,” he said.