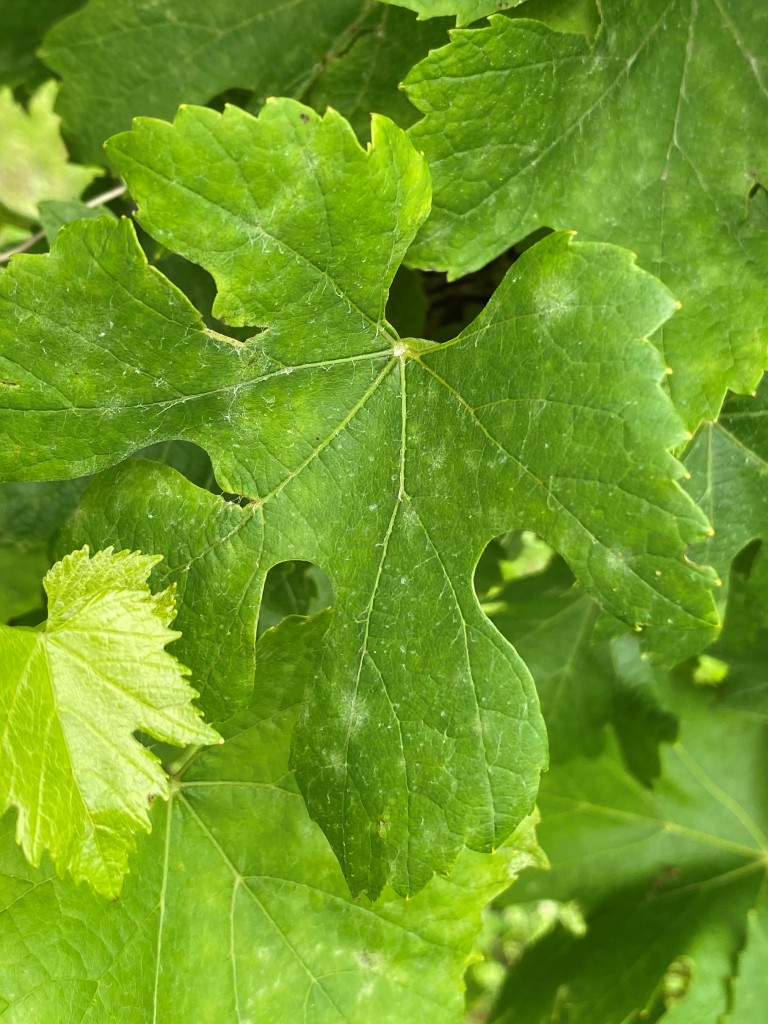 No matter what environmental conditions grape producers face this season, they are likely to encounter either downy mildew or powdery mildew.

“Powdery mildew actually does better in a drier environment. That’s why it’s a major problem in places like California. But when we have dry conditions, it can be worse for us. Even in wet conditions, we have it,” said University of Georgia Cooperative Extension Fruit Disease Specialist Phil Brannen.

“Downy mildew is one that we deal with year in, year out. They don’t even have it in California because it’s too dry out there. With our wet environment, it’s the one we have the most of on a year-in, year-out basis and gives us the most trouble trying to control.”

While the two diseases sound similar, they are much different.

Downy mildew is not a fungus, but powdery mildew is caused by a fungal organism.

Downy mildew attacks all the green parts of the vine, but the leaves are especially susceptible. The disease can cause up to 100% crop loss if unmanaged. Oil spots will develop on the top of the leaves, which can lead to desiccation and defoliation.

Powdery mildew causes issues on the leaves and fruit. It opens channels into the fruit which allows other organisms to rot the fruit. Signs of white powdery growth will show up on the surface of the fruit and leaves. Any amount of the disease will cause an off-flavor in wine production.

What is especially concerning for grape growers is the pathogens that cause both diseases are developing resistance to several fungicides in use. According to Brannen, downy mildew Qol resistance is widespread in Georgia vineyards. Resistance development has also been reported in powdery mildew in Qols, DMIS and SDHIs in various parts of the world.

“The pathogens that cause those diseases are developing resistance to quite a bit of the fungicides we utilize for controlling them. They’re becoming more and more of a challenge to manage from the standpoint of developing a spray program,” Brannen said.