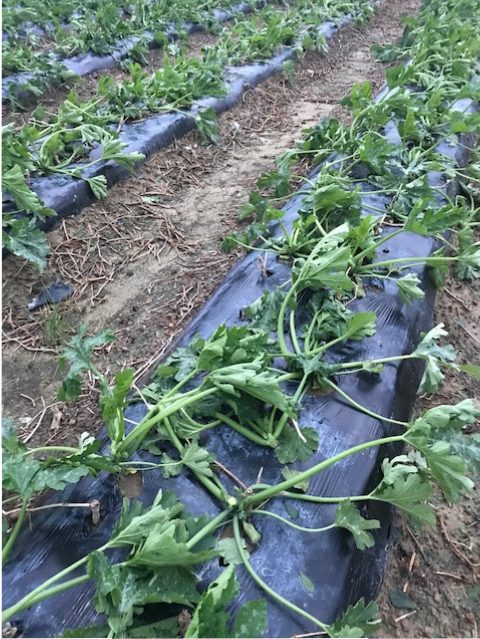 Hurricane Michael decimated multiple sectors of Georgia agriculture, ranging from cotton to pecans. One industry that was heavily impacted was vegetables. What was supposed to be a banner fall season for Georgia growers has turned into devastation.

Georgia Commissioner of Agriculture Gary Black says that while the economic damages of vegetables are smaller than other commodities like peanuts or cotton, the impacts are just as disheartening for these growers. “(I saw) lots of sad sights,” Black says.

One grower Commissioner Black mentioned in particular was Sam Watson. Black says Watson suffered significant damages on his vegetable farm. He grows several products, including peppers, cucumbers and squash. Below are some before and after pictures from Watson’s farm.

AgNet Media’s Abbey Taylor spoke with Watson about the damages on his farm. He says he was about a third of the way into his crop when Hurricane Michael hit. The sheer force of the winds laid down his peppers and broke squash right off the plants.

Watson says his peppers were hit the hardest. Since the winds knocked the plants over, the peppers became exposed. “We can’t get around to everything fast enough, so the sun is burning everything,” he explains.

Since many of the peppers are burned, they cannot go on the market. About five days after the storm, Watson says they were out picking the peppers. He says due to the burns, they’re able to keep roughly two peppers from each plant for the market.

This damage comes as a huge disappointment given the market was the best it’s been for Georgia producers in years. “I was coming out of the best fall crop I’ve ever grown,” Watson says.

It is estimated that Georgia’s vegetable industry racked up $480 million in damages.