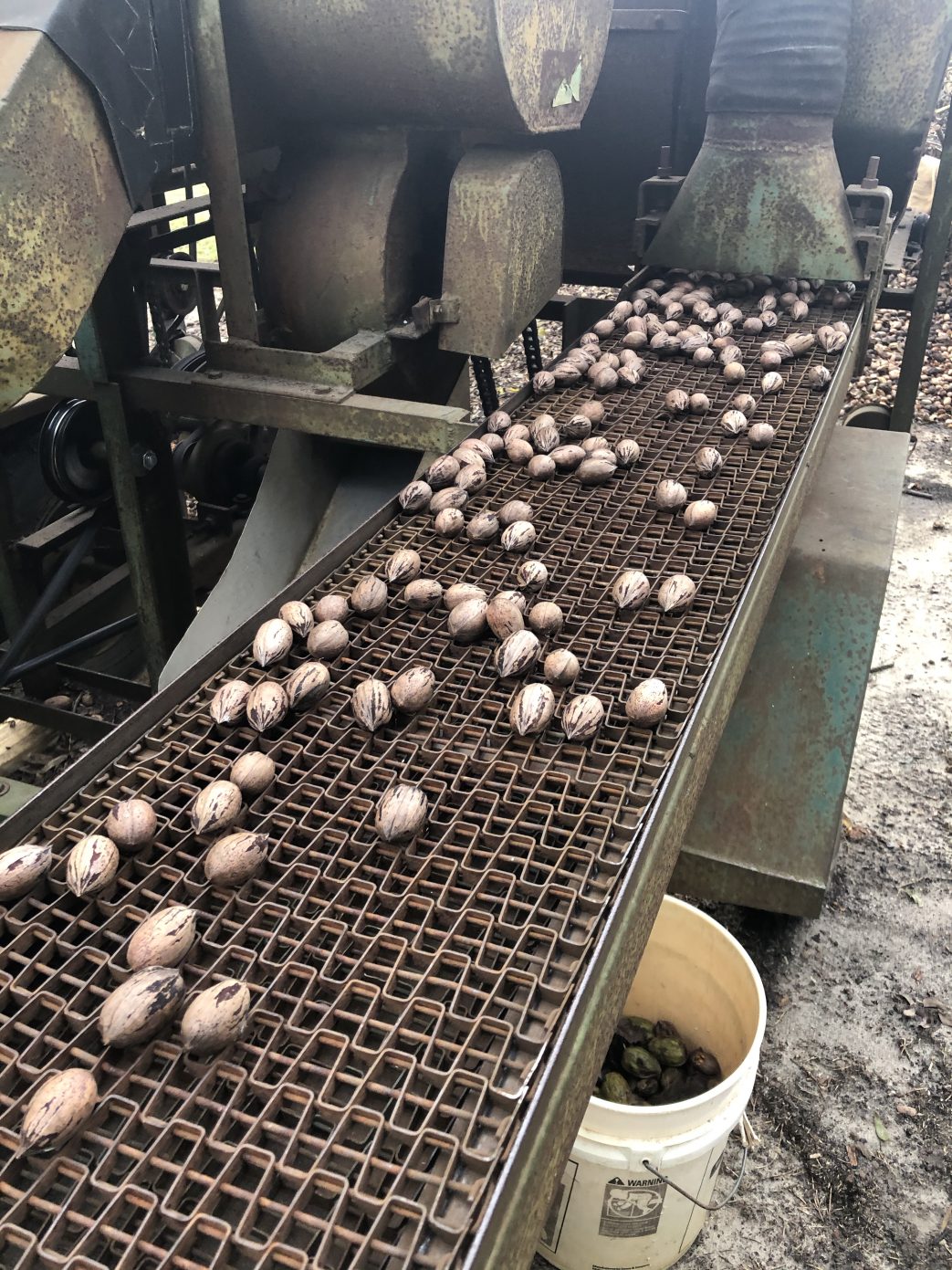 Georgia pecan prices remain discouragingly low for farmers as harvest season is in full swing across the state. According to the USDA Pecan Report that was released on Tuesday, ranged anywhere from 70 cents to 75 cents per pound for Stuart varieties to Sumners that were selling for $1.30 to $1.41 per pound (nut count 50-60) with meat yield 52% to 54%.

It’s important to note these prices are for in-shell pecans of good quality in lots of 20,000 pounds or less.

The release stated that, “Growers are preparing their pecans to be tested and offering them for sale this week with many not making any deals or sales. They are either reoffered for sale or put into storage waiting until a price can be established and accepted by both sides. Purchases by shellers and domestic buyers are moderate to slow as well as retail gift pack purchases and it is expected to pick up before the Thanksgiving push for holiday sales. The export market is slow as compared to past years, especially the movement going to Asia.”