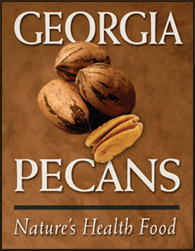 “There are a few varieties that I have seen a good crop of female flowers on already, which is great. It’s what we want to see. I really think we’ll come back with a pretty decent crop this year; I believe.”

Hurricane Michael devastated Georgia’s pecan crop when it moved through the state in 2018 and left lingering effects on Georgia trees in 2019, which led to a down year of approximately 67 million pounds. The dry weather conditions late also had a negative impact. Wells is hoping to see between 80 and 100 million pounds this year.

“There’s probably some who would say I’m being a little too optimistic,” Wells said. “I think that’s possible.”

The warm weather in March has led to early bud break on trees this year.

“I’d say it’s at least two weeks early, if not more. Everything’s really pushed out pretty far already. With that growers are starting to spray fungicides. A few people started this week. I would say we’re going to see a lot starting next week,” Wells said. “Certainly, by that time, everything will be pushed out pretty far. There will be a lot of foliage growth out there, certainly enough to get fungicide on to protect the leaves from scab.”

Once foliage starts to appear, it leaves the trees vulnerable to scab disease pressure, especially if additional rains come in April and May.

“I think from this point forward, the rains are going to be more critical than they were before. (The trees) are at a vulnerable stage where there’s tender foliage growth and scab likes to grow on that young tender growth,” Wells said.