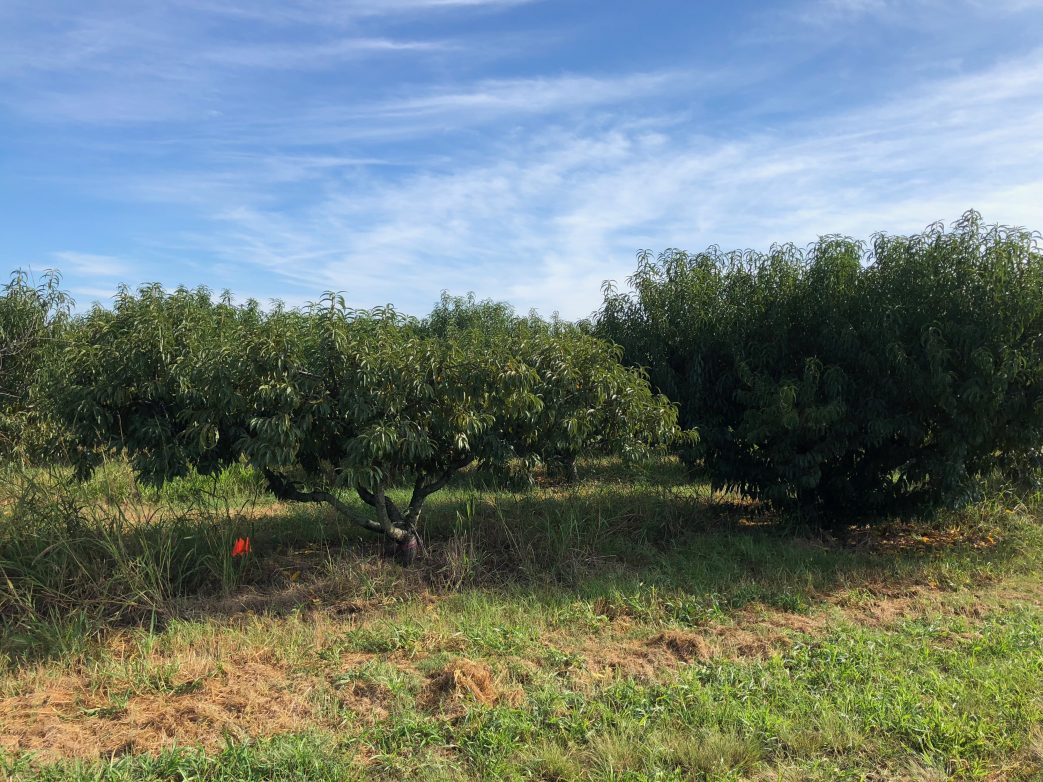 Peach trees are plagued by several different diseases throughout the growing season. But one disease is causing noticeable losses within orchards in Georgia.

Phony peach disease, caused by the bacterium Xylella fastidiosa, has been challenging for growers ever since its first detection in 1885 near Marshallville, Georgia.

Recently, growers across the southeast have reported an increase in disease prevalence, which is a threat to production. The disease results in stunted tree growth and reduced fruit size and quality.

Kendall Johnson, a graduate research assistant at the University of Georgia (UGA), discussed phony peach disease during the 2021 virtual Southeast Regional Fruit and Vegetable Conference. According to Johnson, warmer winters may be to blame for increased disease pressure. Phony peach disease is vectored by sharpshooter insects, which are widespread in warm southeastern climates.

Through on-site surveying, Johnson confirmed phony peach disease is very much prevalent in the central and southern parts of Georgia, Alabama and Florida. However, the disease was not found in north Georgia or South Carolina, likely due to higher altitudes and cooler temperatures.

Johnson reported that phony peach incidence in sample orchards ranged from 12.12% to 30.5%.

Since phony peach is not a curable disease, control is directed toward prevention and minimizing the spread. To date, the most often used detection method is visual assessment. However, according to Johnson’s research, this method may not be an effective form of management as experts can’t accurately identify symptomatic trees. Non-symptomatic trees are often infected.

Visual detection is highly dependent on an isothermal DNA amplification and detection system, which through field trials, proved to be 95.5% accurate in detecting the disease.

Although a 4.5% error rate may not seem devastating, infected trees that are not detected and left in the orchard could serve as inoculum sources for additional disease spread throughout the orchard, disrupting production.

Currently, Johnson is working with UGA to utilize hyperspectral imaging for early detection of the disease. She is also working to develop a phony peach disease identification training session for growers, scouts and Extension agents in hopes of better controlling disease spread.