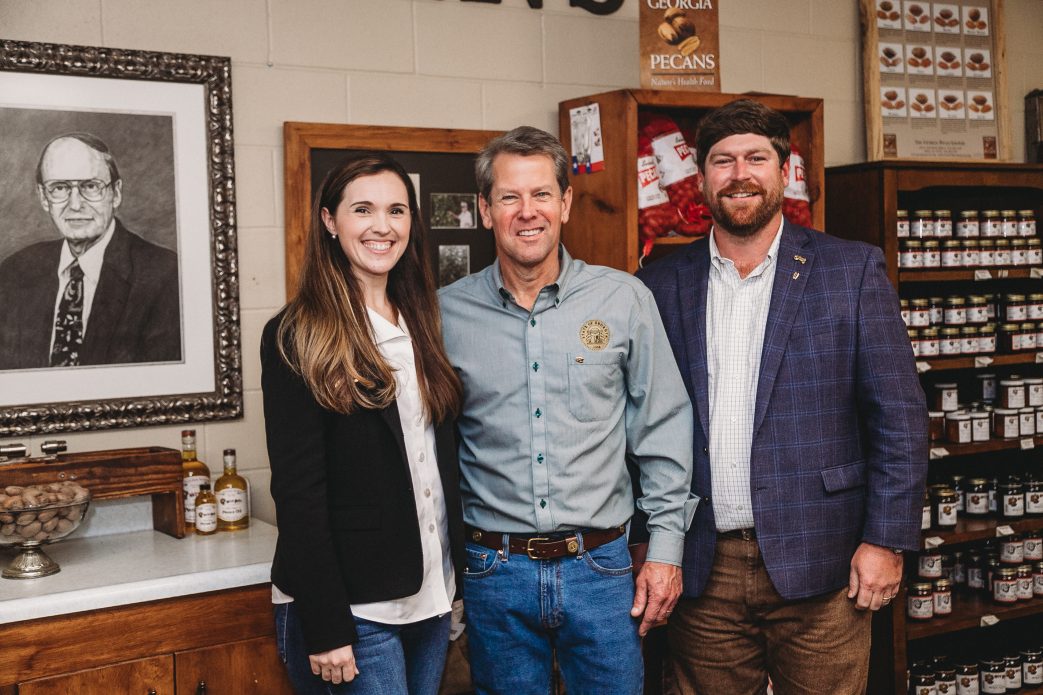 The 2021 legislative session wrapped up in early spring with several priority issues of the Georgia Agribusiness Council (GAC) being passed and signed by the governor. Legislators, agency leaders, and the executive branch of state government work together with GAC and other ag-focused groups in order to better understand the issues that are being faced by Georgia’s No. 1 industry.

While GAC’s advocacy work can be instrumental in pushing legislation across the finish line, the true strength of GAC’s efforts comes from the agribusinesses, farms and commodity groups that are members of the organization and drive the focus each year. With that in mind, please contact the GAC staff if you ever have an issue that pops up or have a question about agriculture policy. GAC’s goal is to serve and represent all sectors of agribusiness and ensure that our industry remains strong in the future.

Hundreds of bills were introduced this session. Following are highlights from a few of the pieces of legislation that will impact the vegetable and specialty crop sectors of agriculture the most.

AD VALOREM TAXES
HB 498, by Rep. Sam Watson, a vegetable and cattle farmer from Colquitt County, has codified and expanded the exemption of ad valorem taxes for agricultural farm products and equipment. The need for this bill was triggered by a local county government interpreting the language defining family farm entities that are awarded preferential ad valorem exemptions for farms to not include a farm entity that is made up of partners who are not related.

HB 498 will clarify the intention of the state to allow for farm partners that are not related, that qualify on their own separately, to organize as a partnership in order to bear the costs of the extremely capital-intensive industry that is agriculture.

FARMERS MARKETS
HB 676, by Rep. Penny Houston, creates a legislative oversight committee to address funding and administrative concerns of the multiple state-owned farmers markets throughout Georgia. The committee will also commission an independent study of the long-term needs and viability of Georgia’s markets.

According to the bill, the oversight committee is to be made up of:

COMMODITY COMMISSIONS
Sen. Lee Anderson sponsored SB 247 that will modernize the way Georgia commodity commissions release announcements. In many situations, the state’s smaller ag commodity commissions are forced to spend a large percentage of the revenue collected on legal advertising for meeting notices, board changes, etc.

Under SB 247, instead of the commissions being required to release these announcements through the Atlanta Journal-Constitution, which is very expensive and has a low readership in rural Georgia, they will be able to send news and announcements out through the Georgia Department of Agriculture’s (GDA) website, GDA’s Market Bulletin and other local news sources.

The bill will also allow the commodity commissions to hold virtual meetings when necessary, as well as include a simplified voting process for reauthorization of the commissions.

PECAN VICTORY
Georgia pecan growers picked up a big win in Atlanta with the passage of SB 222, by Sen. Carden Summers, that will officially designate the pecan as Georgia’s state nut. This bill will allow Georgia pecan growers another opportunity to proudly market their products.

Sen. Summers noted in his testimony that Georgia pecans can be enjoyed raw, roasted or flavored and can be incorporated into gourmet cooking through countless recipes, such as pecan pie, pralines, brittle and candies. Public recognition and demand for Georgia Grown branded products have increased significantly due in large part to the many Georgia Grown pecan growers and processors who promote the state’s homegrown products and agritourism sites.

TRACTOR PROTECTION
HB 693, by Rep. Steven Meeks, passed the General Assembly and will allow tractors to operate on state and local roadways with the right of way in most situations. General vehicles must give way to tractors and assume responsibility to safely move and drive within the presence of a tractor on the roadway. The legislation was in response to several catastrophic incidents that have occurred in rural Georgia with impatient motorists during agriculture’s busy planting and harvesting seasons.

Overall, Georgia agriculture had a productive 2021 legislative session. However, many priority issues such as updating Georgia’s Right to Farm laws are still being pursued. GAC’s main priority is to ensure that Georgia’s farms and agribusinesses remain protected 365 days a year.

Will Bentley is president of the Georgia Agribusiness Council.