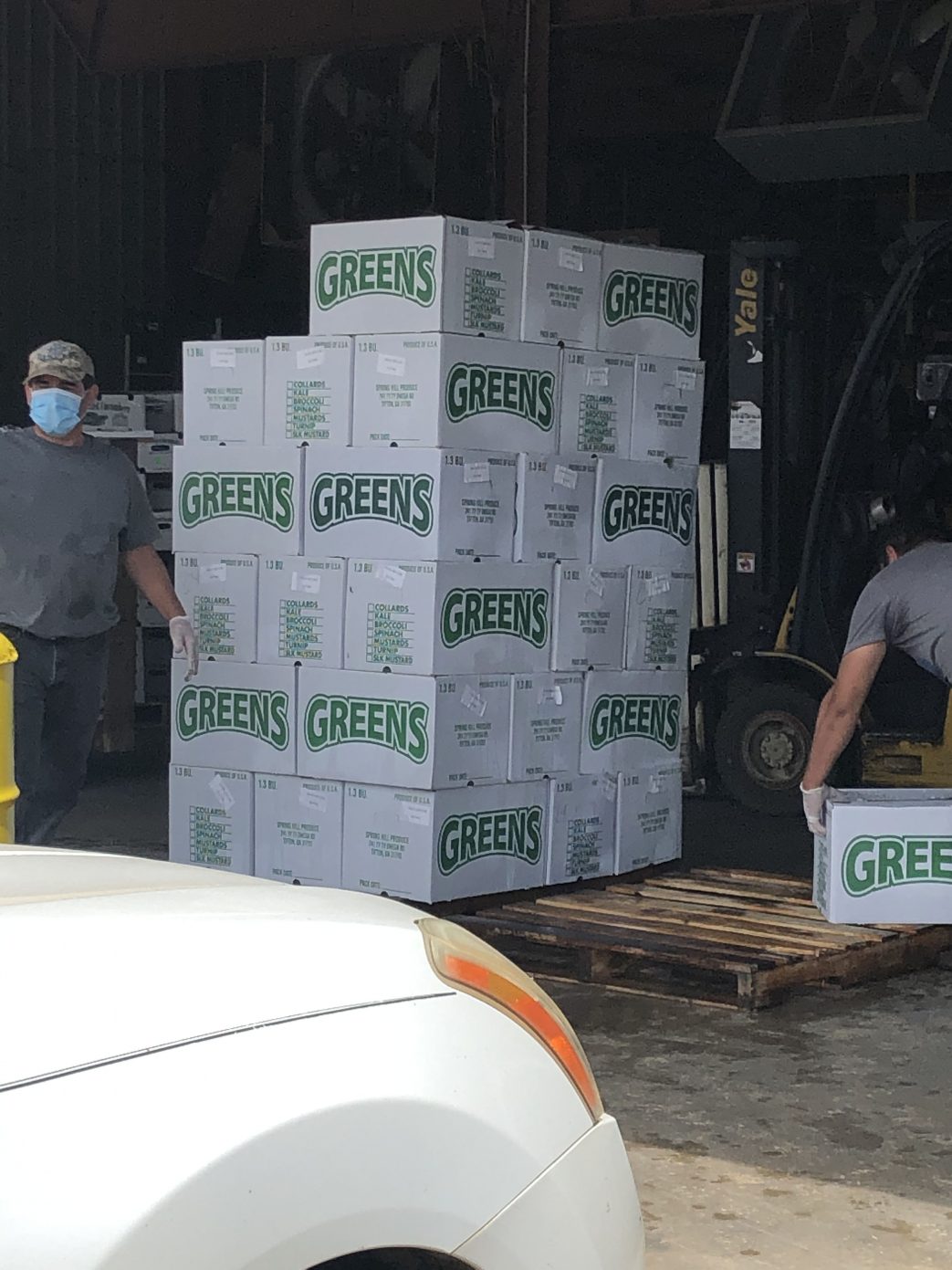 The Georgia Grown To-Go program generated excitement last weekend for consumers in Marietta and provided a boost in sales for some of the state’s farmers, including Bill Brim.

As part of the Georgia Department of Agriculture’s (GDA) “Buy Georgia Grown, Now More Than Ever” campaign, Georgia Grown partners with local governments to connect produce farmers directly to consumers in highly populated areas throughout the state. Last Saturday, Lewis Taylor Farms, along with about other semi-loads that included chicken, beef, blueberries, sweet corn, and dairy, were represented in Marietta, Georgia.

“I think he was trying to help us as farmers and move some of our product and let people know that with the coronavirus, we’re still in business. We’re still trying to do everything we need to do for Georgia Grown and American Grown,” said Brim. “Of course, Georgia Grown is important to us but we want people to buy American Grown if they’re not from Georgia. Commissioner’s really pushed that really hard.”

Brim said they prepared 1,540 produce boxes that included beans, blueberries, onions, cabbage and zucchinis. Boxes costs $36 presale and $40 on site. Brim estimated there was about 70% pre-ordered. Brim said there were between 7,000 and 10,000 cars in line to purchase products.

“They’re looking for (Georgia Grown), I think. Gary has done a good job of pushing the media to let them know. Jessica (Kirk) got interviewed and she talked about Georgia Grown and American Grown,” said Brim about his daughter, who helped represent Lewis Taylor Farms last Saturday. “It’s been pushed out there in the media pretty hard.”

What is Georgia Grown To-Go?

Georgia Grown To-Go is a series of pop-up markets, primarily in metro Atlanta, that provides customers an opportunity to purchase fresh produce directly from farmers with limited contact, drive-through service.

In a press release, Black said, “We are excited to offer this great opportunity to help bridge the gap between consumers in metro areas and our farmers in South Georgia. With foodservice channels limited, Georgia Grown To-Go pop-up markets are a great and innovative way to make sure our consumers have access to the Georgia Grown products they crave. We have enjoyed joining forces with our local government and non-profit partners in an effort to best serve our communities during this unprecedented time.”