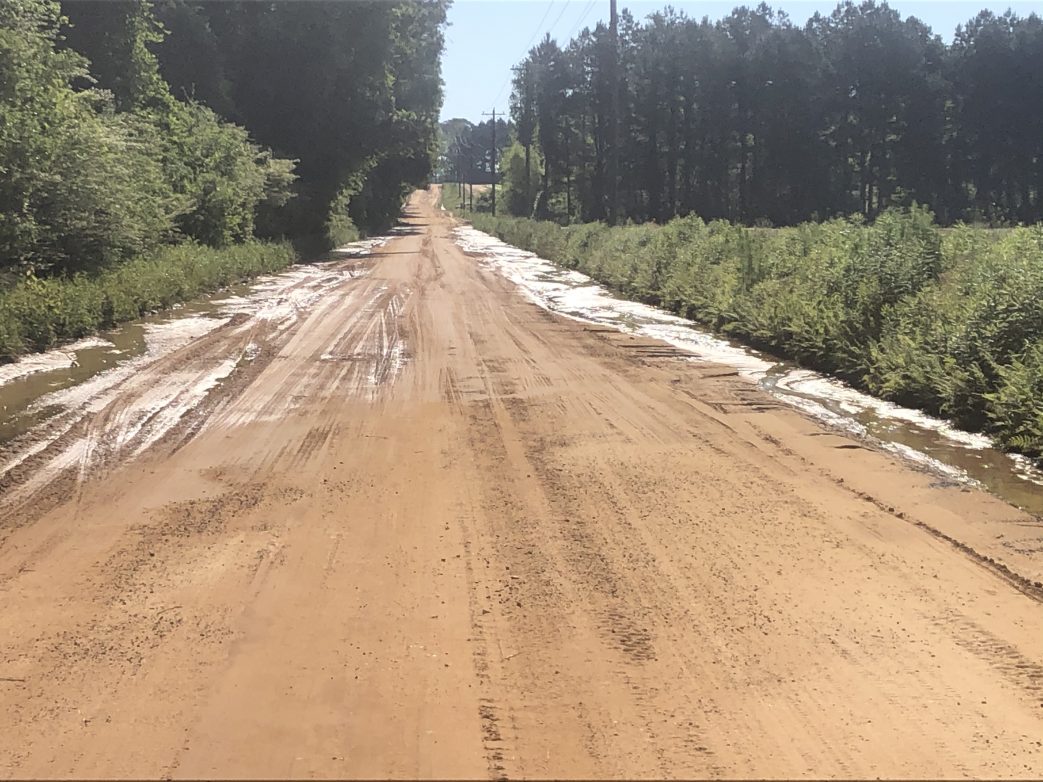 Brim was one producer impacted by the excessive rainfall, high winds and some hail damage throughout Saturday in South Georgia. What started in mid-morning didn’t end until late that night. It was a devastating day for some growers.

“We had some damage a little bit everywhere. We had some ponds that burst or washed off the back ends, we had a little bit of hail on some squash. It didn’t hurt the bush that bad, just dinged up the squash itself,” Brim said. “We just had a lot of rain, that’s the problem.

“We got hurt all over a little bit. I think overall we’ll be okay. Our tree seedlings where we’ve got them on these pivots, it washed a bunch of seed out on them. We won’t know what the damage there’s going to be for another 10 days.”

Brim said of the seven-plus inches his farm received, three inches dropped in about an hour. Flash flooding was also a concern throughout the area.

“All the field roads are washed away. Sewer pipes are overflowed. It’s just a mess. Something that we’ll have to get fixed; just cost you more money to fix it,” Brim said. “I’ve heard some guys that have got bare ground watermelons that (the weather) really hurt them pretty bad. They had hail down in Lake Park, real bad hail down in Lake Park that tore up cabbage and squash.

“You get seven inches of rain, it’s just unbelievable what it does,” Brim added.

According to the University of Georgia Automated Weather Network, Tifton, Georgia received 6.36 inches on Saturday.