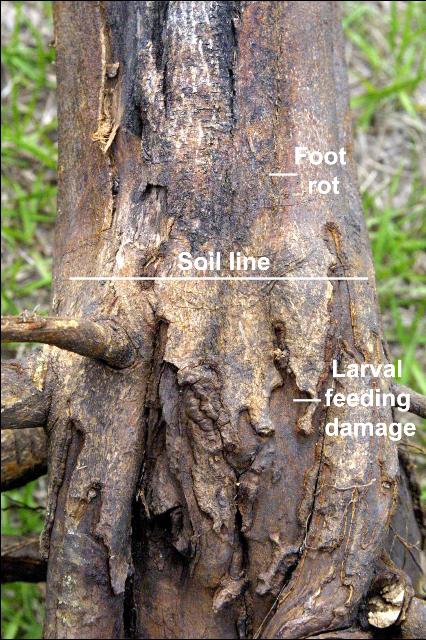 Oliver implores Georgia’s citrus producers to stay vigilant in their fungicide sprays, as the wet conditions have not let up.

“We definitely have seen the phytophthora root rot. Growers should be concerned about that. It’s likely they’re going to need to apply fungicides regularly especially in a season like this to protect their young trees which don’t have established root systems that are more vulnerable to the root rot,” Oliver said. “That is a major concern. I would expect that growers with young trees probably need to be aware of that and taking every precaution and every measure they can to manage that issue.”

Georgia’s citrus production has spiked recently with an estimated 2,700 acres this year, compared to just 1,000 acres in 2019. With so many trees being planted in the last two years, the young roots are vulnerable to the disease.

“The feeder roots get damaged and the plant’s just not able to take up the water and nutrients that it needs. Especially then if we get a dry spell after this wet spell, the plant has almost no roots and it can’t take up enough water and it’ll die,” Oliver added.

According to UF IFAS, root rot occurs when the cortex of fibrous roots becomes infected. They then soften and appear water soaked. When growers manage phytophthora-induced diseases, it is also important to integrate cultural practices such as planting tolerant rootstocks and implementing proper irrigation practices.