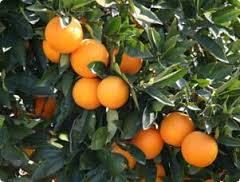 According to UGA Extension IPM blog, hop stunt viroid has been discovered in Georgia.

Citrus production in Georgia is rapidly increasing each year. There are citrus plantings in backyards, production, and plant nurseries within at least 32 GA counties. The growth of citrus in Georgia is only expected to increase over time. However, there are some threats to expansion.

Citrus has many viroids, a tiny virus-like pathogen, that harm the plants throughout the world, but few have been found on citrus within Georgia. Hop stunt viroid (HSVd) is one of several viroids known to infect citrus. This viroid has been reported within Arizona, California, Florida, Texas, Washington state, and throughout the world. HSVd is typically transferred from plant to plant on contaminated grafting and pruning tools. HSVd can infect many different plants, including hops, grapevines and citrus. A large host range helps the pathogen spread.

In the United States, HSVd has been found on many different grapefruit, orange and tangelo varieties. Symptoms include discolored and gumming inner bark, pitting (small holes) in stems, bark splitting (coming apart) and stunted growth. There are typically not leaf or fruit symptoms. Some citrus varieties are resistant to HSVd, but others, including tangerines and their hybrids will show damage. There are also different types of HSVd, called cachexia and non-cachexia variants. “Cachexia” means severe chronic illness, so the cachexia variants are much more dangerous and the noncachexia variants typically do not cause damage.

In May and June of 2020, leaf samples were collected and tested for HSVd. The samples were collected from 12 different citrus plants from two nurseries located in southern Georgia. The cultivars sampled included Citrus reticulata ‘Dekopon’ and ‘Owari’ as well as Citrus unshiu ‘Miho Wase’ and ‘Brown Select’. The sampled trees looked relatively healthy with little or no signs of damage, but were selected for routine screening. Three to five leaves were taken per plant from throughout the leaf canopy.

This is the first time HSVd has been found in Georgia. This and other viroids could pose a threat to the growing citrus industry within Georgia in susceptible varieties.

Currently, only noncachexia variants have been found, but nursery stock infected with this viroid should still be destroyed to prevent spread. Georgia nursery producers and citrus growers should take appropriate precautions to prevent the spread of this viroid disease. Ensure that proper sanitization is used on citrus grafting and pruning tools. Further research is needed to determine the distribution of HSVd and its potential to impact commercial citrus production in Georgia.