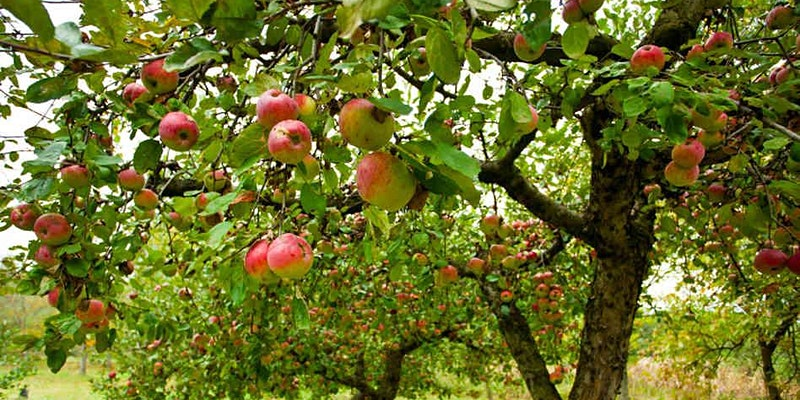 A late cold snap in April is likely to have a devastating impact on fruit crops in north Georgia. Phil Brannen, University of Georgia Cooperative Extension Fruit Disease Specialist, says the apple, peach and grape crops were hit hard by sub-freezing temperatures, especially in Northwest Georgia.

“In north Georgia, apples, that last cold was just devastating. It’s much worse than even last year and last year was bad. I don’t know what our poor apple producers are going to be. I know they’re probably going to have some fruit, but they may not have much,” Brannen said. “It’s bad on apple production.”

While apple acreage is relatively small compared to other fruits and vegetables in Georgia, it is part of a huge agritourism in that part of the state. Any impact to that crop could have a ripple effect through the local community.

“Those local economy impacts of those fruit production type stuff in North Georgia is very disproportionate to the crop itself. There’s been some studies done on the economics of it, it’s just unbelievable how much it impacts an area when you have those kinds of things locally,” Brannen said. “It’s an alternative thing for people to do. A lot of them are staying in hotels and various things like that. When you really figure it out, it’s a huge production thing. So, when they don’t have anything, that’s tough.

“They’ll probably figure out some way to have apples on the shelves. They might import, just like we do, other things when we don’t have it so they can still have the tourism coming in. But it’s going to cost them a lot to do that. It certainly impacts their bottom line.”

According to the University of Georgia Center for Agribusiness and Economic Development, apple acreage in 2019 was 916, with 400 in Fannin County and 316 in Gilmer County.

“It’s a real concentrated thing for two counties. If you’ve been up there to those apple houses, they have just an unbelievable amount of traffic they get through that area,” Brannen said. “Especially things like wineries and vineyards and apple operations we have in north Georgia, so much of that is tourism. Mercier Orchards , I think I’m accurate to say, he told me in the fall they get 10,000 people coming through there a day when it’s non-COVID times. That’s just crazy for an apple operation to get that much traffic.”