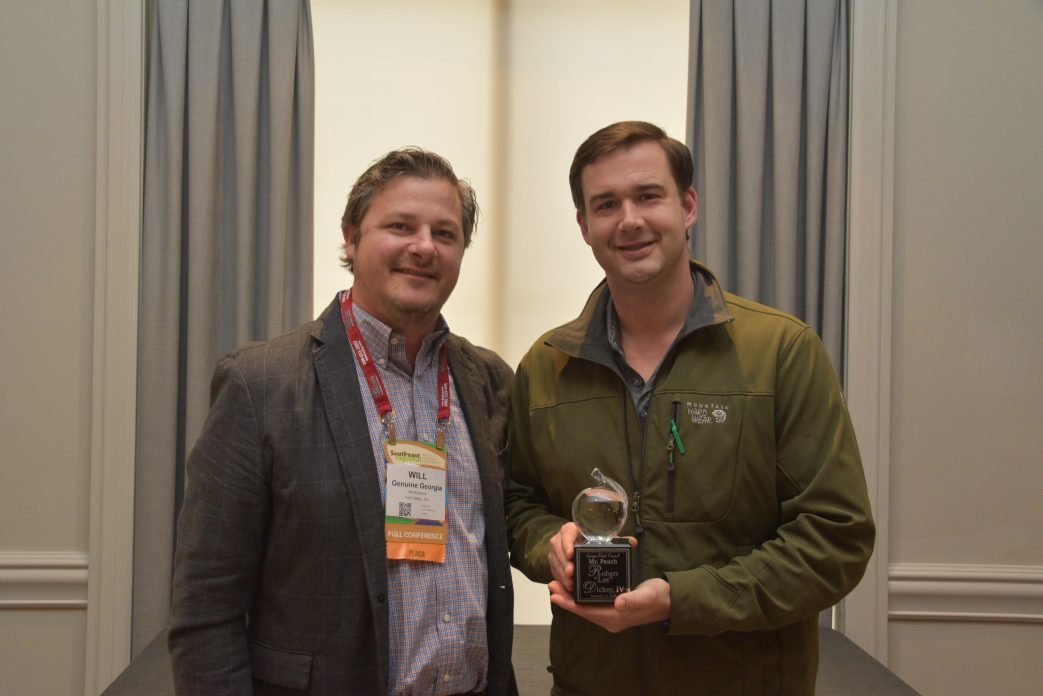 “What we’ve found out over history is we have a lot of folks in our industry that are recognized at other places — national meetings or statewide meetings. They’re part of our industry, but we don’t have an opportunity to say thank you or congratulations from an industry standpoint,” said Charles Hall, executive director of the GFVGA. “We’ve taken the awards breakfast as an opportunity to tell people, like our inductees into the agricultural hall of fame, they’ve done a great job in our industry. We want them to know we appreciate what they’ve done for the industry and we appreciate them being in the hall of fame.”

The two newest inductees into the Georgia Agricultural Hall of Fame, Bill Brim and Foster Rhodes, were recognized for their accomplishments at the awards breakfast.

Cain Hickey, a University of Georgia Cooperative Extension assistant professor who specializes in viticulture, and Brandon Wade, with Alma Nursery and Berry Farms, were recognized for their inclusion in the Fruit and Vegetable 40 under 40 awards.

Beth Oleson, director of education and food safety with GFVGA, was recognized for being named a Produce Business magazine 40 under 40 award recipient.

Brian and Becky Tankersley were honored for receiving the 2019 Farmer and Rancher National Pollinator Conservation award.

“We have some of our own awards, but we also like to recognize folks that have been recognized on the national level, too,” Hall said.