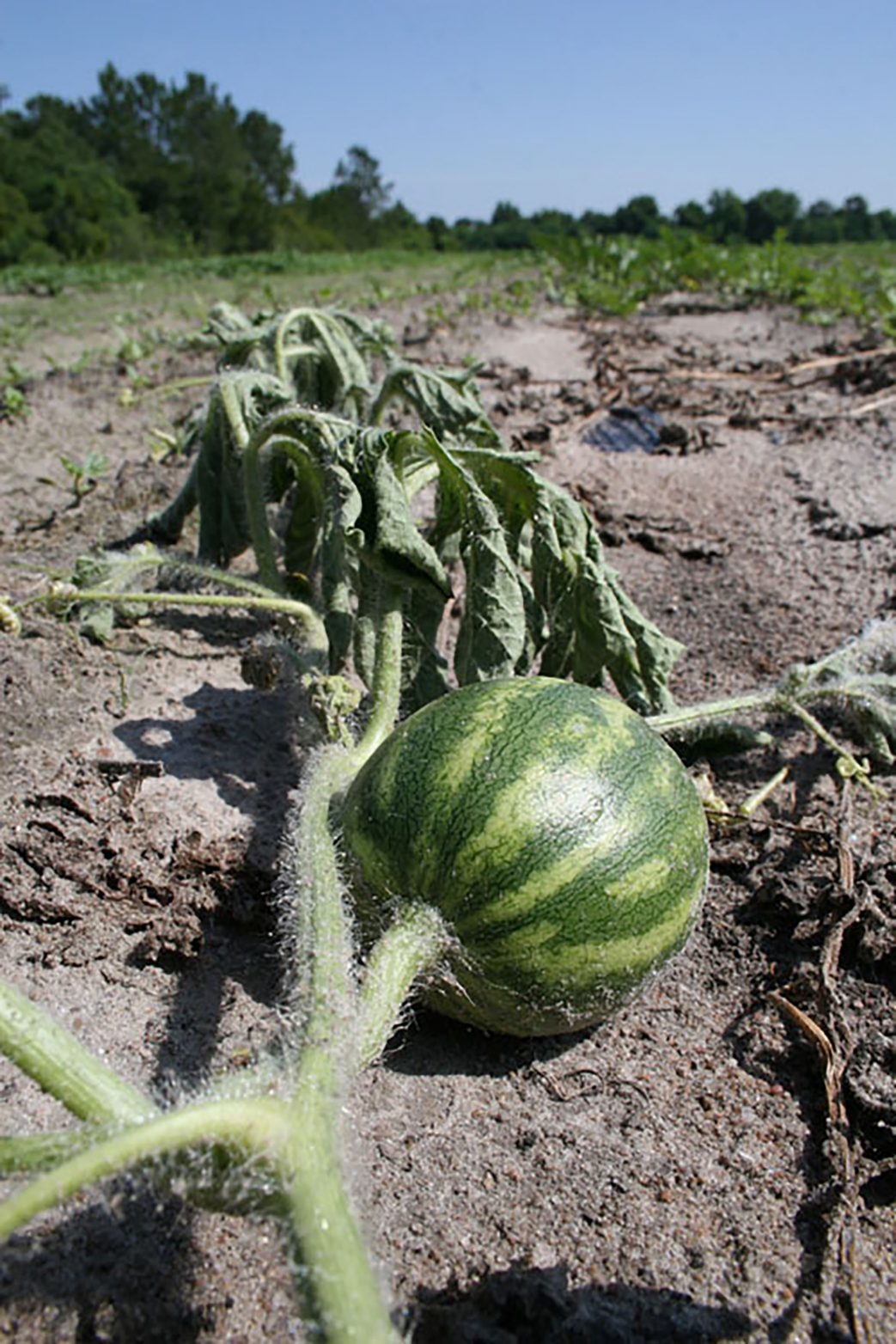 North Florida and South Georgia watermelon producers should not be surprised to see more fusarium wilt disease this spring. Weather has helped the disease be more problematic this year, according to Bhabesh Dutta, University of Georgia Cooperative Extension plant pathologist.

“Many fields have got fusarium now. Plants are at a very young stage. They’re not even flowering. I’m a little concerned about how things are going to turn out.”

Fusarium wilt symptoms can appear at any point in the production season. If it occurs at the seedling stage, the plants won’t make it to vines. Plants infected with the pathogen will die if the infection is severe enough. The plant can still produce fruit if the infection is weak. But when it begins using the energy necessary to produce fruit, the plant will likely decline and slowly die.

Dutta attributes the cooler soil temperatures to the rise in fusarium wilt incidences.

“There’s more than what I thought there would be. I think this weather we had in April, the cooler soil temperatures, has had something to do with it. It’s popping up everywhere in most of the counties now,” Dutta said. “Not much can be done but we wanted to let the grower know, don’t be surprised if you see more fusarium this year than other years. Weather has a lot to do with it.”

Producers normally protect their crop against fusarium wilt right after transplanting. They apply fungicides, specifically Proline. Dutta believes those growers who followed UGA recommendations are better off than those who didn’t.