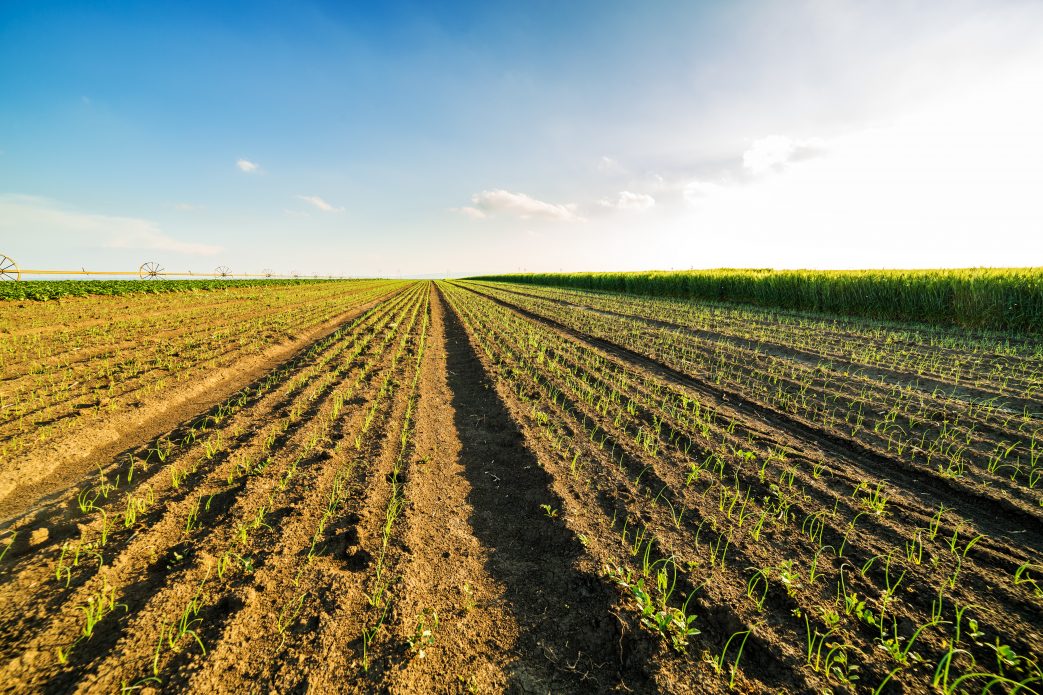 Vegetable growers are always on high alert to prevent major fungal diseases from damaging their crops. During the 2020 Southeast Regional Fruit and Vegetable Conference, Bhabesh Dutta, assistant research professor and Extension plant pathologist at the University of Georgia (UGA), provided growers with updates on major fungal diseases and their control as well as updates on fungicide efficacy trials.

Cucurbit crops are highly susceptible to powdery mildew disease. The classic sign of the disease is the presence of white powdery spots on both upper and lower leaf surfaces that quickly expand into large blotches. When powdery mildew infects the majority of the foliage, the plant weakens, and the fruit ripens prematurely. To combat powdery mildew, two new fungicides have been released, Gatten and Vivando.

“These fungicides belong to unique chemistries and unique mortification,” Dutta says. “They have proven to have efficacy on powdery mildew in my trials over the past couple of years. The other great thing about these fungicides is they have a preharvest interval of zero days, meaning if the grower sprayed yesterday, the grower can harvest today.”

According to Dutta, the effective management of onion diseases begins prior to planting. By using integrated methods such as disease-free seed and transplants, proper crop rotation and resistant varieties, growers have the ability to minimize the amount of disease by reducing the amount of initial inoculum or the rate at which the disease develops. Dutta recommends that growers use chemical management as a last-resort option.

Botrytis leaf blight (BLB) is an endemic disease of onion prevalent in southeastern Georgia. “We see this disease every year,” Dutta says. BLB is tied directly to a prolonged duration of leaf wetness, which is common for growers in this area.

Growers also need to be vigilant in protecting their onions against downy mildew. According to Dutta, there isn’t a current fungicide on the market that has proven to be highly effective in managing the disease. However, there are a few chemical controls that have proven to be moderately effective in control.

“Omega 500 has shown some promise along with Bravo, Orondis Ultra and Zampro,” Dutta says. “The use of these fungicides won’t guarantee you a disease-free crop but has the ability to delay the epidemic, which will help you to get through your season.”

Dutta says fungicide programs for downy mildew are still under investigation. He is hopeful that in a couple of years growers will have some strong spray programs accompanied by some new fungicides to combat the disease.

Popular vegetables like broccoli, collards and kale are among the crops that could be in danger from Alternaria leaf blight. This disease can cause spots on some brassica crops and render them unmarketable. Symptoms will first appear on older leaves as small, dark spots that will continue to grow. As the disease worsens, younger leaves become infected. Humid and wet conditions are optimal for the infection to spread.

Alternaria has become resistant to Quadris, which has been a huge hit to brassica growers. Until another effective fungicide comes on the market, Dutta recommends that growers integrate alternative methods to prevent the spread of the disease.

Since the pathogen can survive in crop debris, growers should bury their crop debris when their spring and fall crops have been harvested. In addition, growers should use drip irrigation or a form of subsurface irrigation to help reduce splashing, since the disease pathogen can spread through overhead irrigation. By rotating different modes of action and implementing good resistance-management strategies, Dutta believes the disease can be managed effectively.