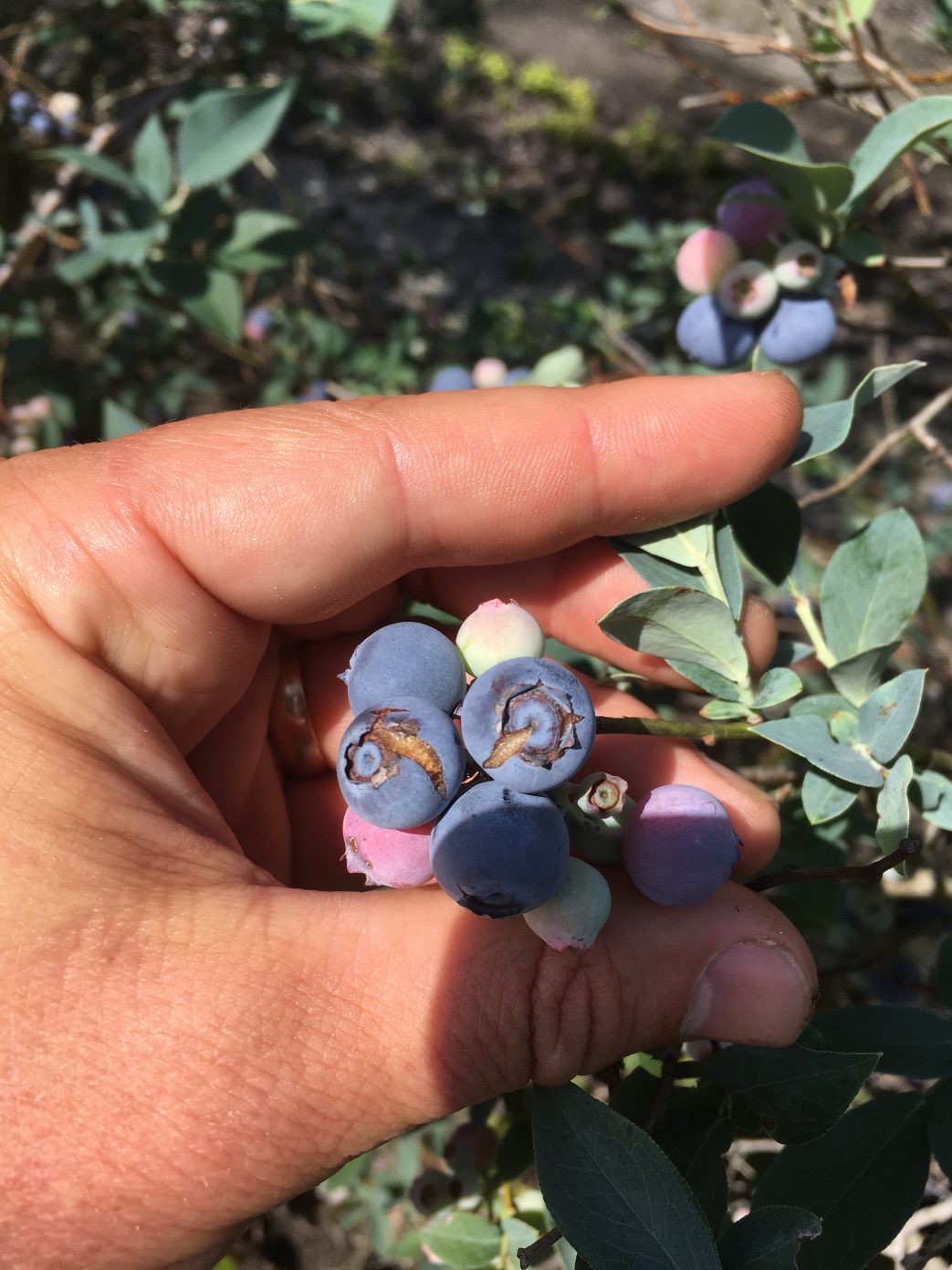 A difficult year for the blueberry industry, which started in Florida amid the coronavirus pandemic, continued in Georgia. Farmers reported fruit splits and yeast rot in their rabbit-eye blueberry crop. The result was a down year where packing houses closed because of the lack of quality fruit coming in.

Jonathan Oliver, University of Georgia small fruits pathologist, said rainfall is the main contributor for fruit splits in blueberries this year, which left them vulnerable to disease infections like yeast rot.

“They’re likely very related to one another. The fruit splits are an issue that’s commonly seen if we get rain or a lot of irrigation on the fruit itself if the fruit is near ripening. When the fruit is getting close to getting fully ripe, the walls of the fruit, the skin has expanded as far is it can expand. If you get water on the outside of the fruit, the fruit can suck that through the skin. But the skin can’t expand any further. It’ll just pop the berry,” Oliver said. “You’ll start to get splits either near the end of the berry or the whole berry can just split into.

“Once you have fruit that’s starting to split, you can get lots of things in there, including yeast rot. The fungus that causes yeast rot is just naturally present all over the place. It’s not likely an unexpected find to find the fungus but it doesn’t usually cause a major issue on blueberries. But it can if the fruit is wounded in some other way. We think the splits, which were probably caused by the heavy rainfall we had for two to three weeks prior to (growers) starting to harvest some of these rabbit-eye varieties led to the splits which led to the rampant infection with this fungus which causes yeast rot.”

What does yeast rot do?

Oliver said yeast rot can cause fruit to rapidly collapse and take on a wet, slimy appearance. Fruit heavily affected by yeast rot may have a distinct fermented odor.

Water damage on blueberries right before harvest can also occur if overhead irrigation is used, though, most farmers know to abstain from doing this. Oliver said fruit splits happens from time to time but seems to be a much bigger issue this year.

The damage leaves the fruit unmarketable. Several growers had loads rejected because of low quality fruit.

Fruit splits appears to also be a problem isolated to Georgia.

“I talked to Phil Harmon, who’s the Extension pathologist there at UF, and he said he’s not seen major problems with yeast rot in Florida before. He was surprised to hear we were having these problems. I don’t believe they had a similar issue there,” Oliver said.