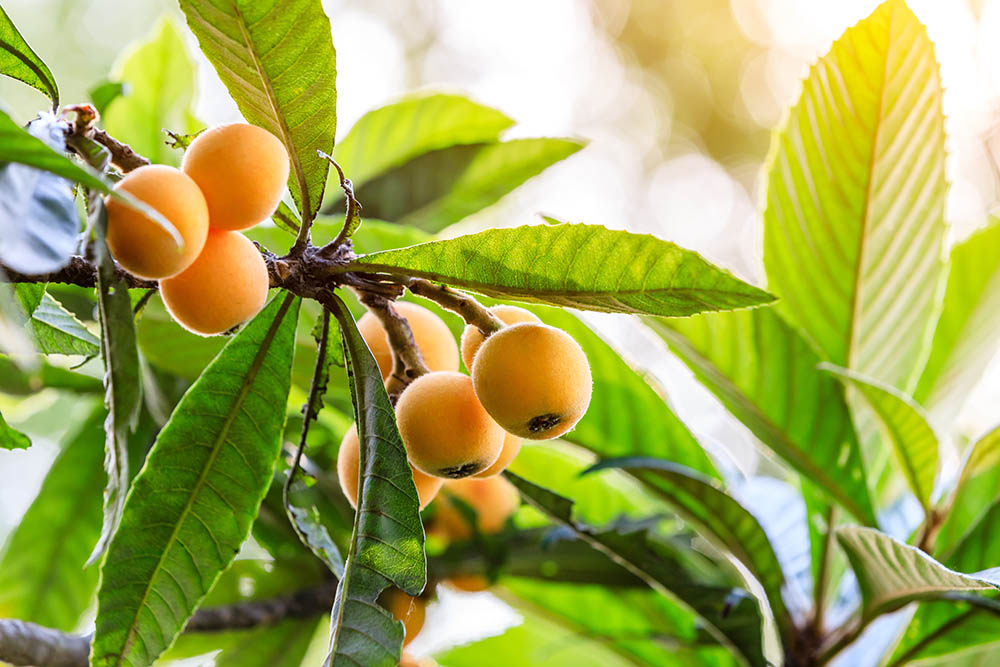 Someone walking from Key West to the Carolinas 200 years ago would not likely find any of the crops found in modern produce sections. While there are a few distant cousins of blueberries, onions and tomatoes growing in the wild, the dominant commercial crops grown in the Southeast were brought here from somewhere else.

Tomatoes, strawberries, citrus and other crops all had to be adapted to the limits of the region’s soil, climate and profitable production calendar. Gains came from breeding efforts, as genetic improvement selected for crops suited to face the hot and humid South’s many challenges. New tools in genomics, marker-based selection, and even gene editing (lab-based DNA tweaks) seek to speed the development of new varieties for Southeast growers.

This article highlights four perennial tree crops that are a step or two away from being the next favorites in the produce aisle. With today’s expedited breeding timeline, these may be exciting options soon for both large and small operations. These crops could potentially allow growers to diversify and experience new profit centers.

A drive through any Southeastern suburban subdivision in March or April reveals plenty of landscape trees bearing golfball-sized yellow-orange fruits. The loquat is a cousin of peaches, strawberries and apples, and is known as a dependable landscape fixture. Its lush green foliage, few pests and pathogens, and tolerance to heat and drought make loquat a great low-maintenance choice for the homeowner. But what about commercial fruit production?

Loquat fruit is almost always edible, but there is a huge contrast in flavor and sweetness found in landscape plants when compared to select cultivars. Breeding efforts in Spain, China and the United States have vastly improved fruit quality. New varieties maintain the tree’s durability, while featuring larger fruits with surprising flavor and fewer seeds. Varieties like Tori, Oliver, and Peluche are just a few of the many selected for large, flavorful fruits, grafted onto seedling rootstocks. Dozens of varieties are available, and they are even showing up in big-box stores.

Loquats present drastic differences in flowering habit, allowing producers to potentially extend a production window. However, some may flower quite early and may set flowers and fruit too early to endure late freezes. The loquat presents an interesting possibility for growers interested in trialing varieties in their production system to identify a candidate that may bring substantial profit.

Across the Southeast, everyone knows someone who knows someone with an amazing mulberry tree in their yard. Mulberries are rare in commercial production in the United States, but substantial acreage can be found abroad. While cultivated varieties (Morus nigra and M. blanca) have been adapted mostly for the North, there are species (M. rubra) native to the Southeast. These species have experienced limited breeding for fruit quality, but do serve as rootstocks for improved varieties, some of which were developed for the South (e.g., Shangri La, World’s Best and Florida Giant). Others stem from propagation from a productive local tree (e.g., Valdosta and Wacissa).

The trees grow fast and yield big, as quickly as in their third season. Fruit can range in size from a half an inch to 3 to 4 inches long for some Pakistan or Himalayan varieties. These elongated fruits are recognized for their outstanding flavors. Fruits may range anywhere from dark blue-black to red to white to lavender. They possess a range of flavors and aromas, as well as sweetness levels.

Mulberry trees are available as dwarf trees (e.g., Gerardi or Thai Dwarf) or large trees that may reach 30 feet tall. They face limited pests and pathogens; the majority are fungal leaf diseases and insect pests attracted to the fruits.

But there are multiple downsides to mulberries. Fruits are delicate and challenging to harvest. They must be harvested by hand, and their postharvest quality deteriorates rapidly, which are the two central impediments to commercial production. Flowering and bud break are sensitive to late frosts and freezes, which can damage branches or kill trees completely.

Small operations can benefit from grafted varieties that produce heavily for the fresh market and/or processing. Mulberries also may provide an attractive u-pick possibility for spring fruit.

Feijoa is also known as pineapple guava or guavasteen. Oblong fruits are produced on durable shrubs and present an enticing, tropical flavor and aroma. Like loquat, feijoa is mostly sold and grown as a landscape plant. Its lush dark green foliage is retained all year, and its bright red-pink flowers are attractive in spring and edible.

Feijoa was brought to the United States from its native range at the Brazil/Argentina border during the early 1900s. The fruit became an instant favorite in its narrow growing regions in California and the Southeastern United States. Some large operations in California became substantial producers as well as breeders, developing new and improved varieties (e.g., Coolidge and Nazemetz).

The plant has few pests and is extremely resistant to disease. It flowers in the spring and produces large yields of summer fruit. So why is feijoa not a fixture in the Southeast’s fruit industry?

There are a few drawbacks. In general, the plants produce best with outcrossing, requiring at least two varieties with similar flowering habits in every operation. Pollination is not always complete. Fruits bruise easily after harvest and contain abundant seeds that some consumers find objectionable. Quality varieties are propagated by grafting. They grow at an excruciatingly slow rate, with crop production becoming possible four to six years after grafts are established. Fruits do not mature at the same time and sometimes are hollow, especially the larger-fruited varieties.

The main problem with improvement is that the available genetics are narrow, presenting few natural repositories for favorable traits. Still, New Zealand breeders have developed large-fruited lines with improved flavor and consistency, and commercial production on the island is extremely profitable.

The Southeast frames the southern range of North America’s largest indigenous fruit, the pawpaw. Pawpaws grow like immense kidney beans from the branches of forest trees, and are filled with pulp the consistency of custard. The flavor is described as banana, mango, melon or tropical.

Some genetic improvement has been done at the University of Kentucky, and a number of named varieties have been produced that are adapted from northern Florida well into the northern United States. Trees are generally free of pests and pathogens.

However, pawpaws require outcrossing and grow slowly. Young trees struggle with heat, and even a short period of drought can be deadly. Once established, pawpaws can produce into the subtropical regions of the country. Their fruit has an extremely high value in local markets and through mail order, fetching as much as $35 per fruit in online auctions.

The take-home message is that there are numerous overlooked high-value fruit crops that have the potential for wider commercial opportunities in the Southeast. Most are not ready for prime time. The bottlenecks are initiation of intensive breeding programs, acquisition of diverse germplasm and identification of marker-trait relationships to speed genetic improvement. The interest in new fruits, the grow-at-home movement and need for commercial diversification suggest that tree crops like these will soon be well recognized after a few genetic or cultural adjustments to benefit growers.

Kevin Folta is a professor at the University of Florida in Gainesville.