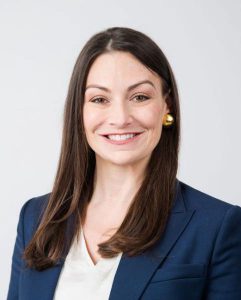 Not every leader in the agricultural community believes the United States-Mexico-Canada Agreement (USMCA) was the right move for American farmers.

Even after the USMCA entered into force on Wednesday, Nikki Fried, Florida Ag Commissioner, remained vocal to her opposition to the agreement, mainly due to its impact on specialty crop producers.

“Florida’s farmers, who have always faced challenges like hurricanes, droughts and so much more, have always been able to be adaptable in the face of all of that adversity. Now, as they face COVID-19 with disruptive supply and market chain which caused major crop losses of over half a billion dollars, they’re also facing increased and unfair foreign competition,” said Fried during a virtual press conference on Thursday. “I’ve been outspoken on this, spoke out against NAFTA and fought against USMCA, which could cost Florida another 8,000 jobs and almost $400 million. For years NAFTA allowed Mexico to tilt the playing field with unfair advantages. Our growers cannot compete like that.”

Fried said the Florida Department of Agriculture and Consumer Services (FDACS) sent a new research study to the U.S. Trade Representatives to show how negatively seasonal producers have suffered from unfair trade.

Florida farmers voiced their displeasure with Mexican imports this year, amid the coronavirus pandemic that already impacted a huge chunk of the market. Blueberry farmer Ryan Atwood said, “he is a fan of having his own domestic supply of food.”

Florida vegetable farmer Sam Accursio believes the only solution is for “people to vote and get people that are like-minded and want to support our nation in office.”

Fried also expressed her displeasure with fellow Florida leaders for lack of support in opposition to USMCA.

“Of course, I’m disappointed that we couldn’t get some of the other members of the leadership in the Senate or the House as well as the governor to speak up united on this issue. The agriculture commissioners across the country meet on a pretty normal basis. We had a meeting probably about six months ago where USMCA was brought up. I was the only one who voted no. Because everyone has their own benefits that they’re seeing, the problem is these specialty crops are the ones who have been hit the most,” Fried said. “You’re starting to see it trickle it down (though). Bud (Chiles of Demand American Grown) hosted a meeting, felt like forever ago, last year with growers from Georgia, who are starting to experience it.

“It’s been hit heaviest by Florida. But now you’re starting to see expanding into Alabama, Georgia and the Southeast and a little bit in California. We were really kind of hopeful that we were going to get some more support on the opposition to USMCA and certainly would have loved some assistance from other statewide leaders. But unfortunately, we did not get them.”