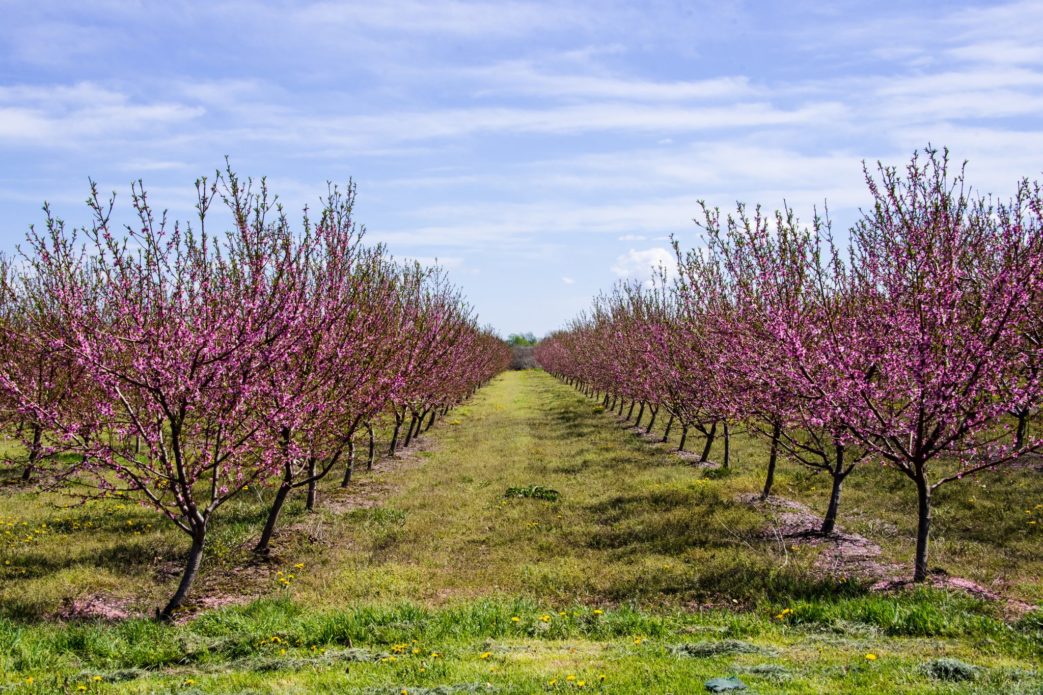 Alabama’s peach producers are about a month away from harvesting this year’s crop. A lack of uniformity is being observed in early peach varieties. It is a result of freeze damage, says Edgar Vinson, assistant research professor and Extension specialist in the Department of Horticulture at Auburn University.

“(The crop is) looking promising. They did have some damage; we think because of the freeze. We had a much more positive picture early on when we did our first assessment. As we stated in the assessment, it would likely change because of unseen damage in some of the fruit. Some of the fruit sustained more damage than what was noticed earlier. But as time wore on, more damage is being discovered,” Vinson said.

“We have different size fruit and fruit that’s less uniform. You can have fruit that is noticeably developing on the tree as normal and then you’ll have those followed by some other fruit of varying sizes. Typically, what’s happening there, those smaller fruitlets will not develop. They will not really grow that much, while those that are undamaged will continue to grow. You’ll see this variation in fruitlet size.”

Vinson said the lack of uniformity is seen in early peach varieties. It remains to be seen whether it will be a problem in later varieties.

“The more developed the flower or fruitlet is, the more vulnerable that fruitlet or flower is to cold damage,” Vinson said.

Producers should begin harvesting early peach varieties in Alabama in the late May or early June.