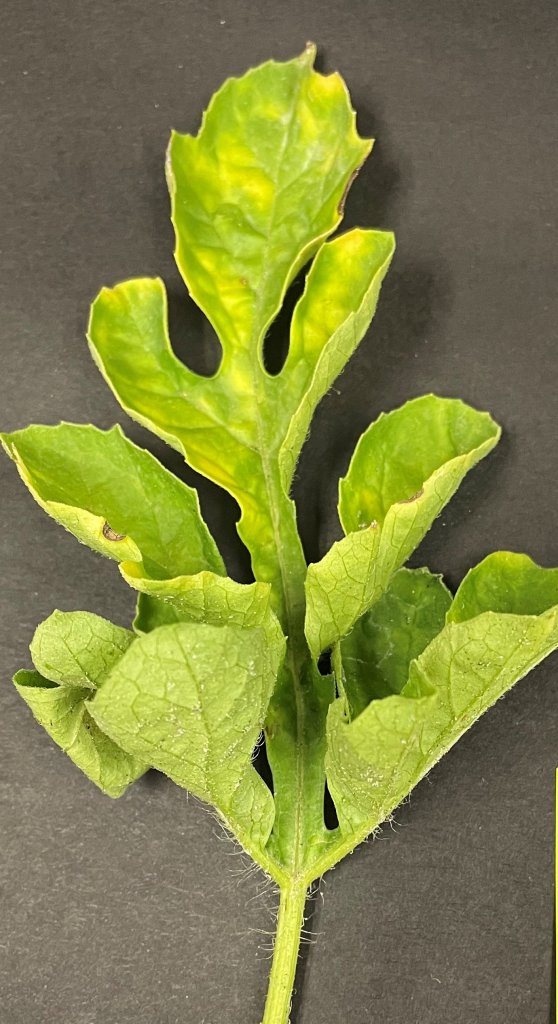 IMMOKALEE, Fla. — Florida’s watermelon producers face two new viruses. But it is important to remember that finding a disease is the first step to managing it, says a University of Florida scientist who helped diagnose both diseases.

“Now that it is known that there are additional (watermelon) viruses in the mix, efforts can be made to determine their impacts and how to manage them,” said UF/IFAS plant pathology professor Pamela Roberts said. “The viruses very likely occur in mixed infections, with the other viruses already present in Florida and other watermelon-producing states.”

In the new paper, Roberts, a faculty member at the Southwest Florida Research and Education Center, notes that the watermelon crinkle leaf-associated virus 1 and 2 were found in Charlotte, DeSoto, Glades, Osceola and Seminole counties.

“There is always concern when there is a new pathogen detected and the potential implications it can have on the crop,” Roberts said. “Unfortunately, so little is known about these viruses that we cannot predict anything about them.”

“We do have evidence that it has been in watermelon for the last two seasons, and we found it because it looked like other virus symptoms,” she added. “But not any of the other viruses were found associated with the viral-like symptoms. So, if it were going to be highly impactful, we might have noticed something different in the field. This also gives an answer as to why we were not detecting the known viruses in obviously symptomatic plants.”

UF/IFAS researchers recommend growers continue using their current programs to control insects in their crop until more information is available, including their vector.

Growers who suspect they might have watermelon crinkle leaf-associate virus 1 and 2 can bring leaf samples to the plant diagnostic lab at the Southwest Florida REC and to the lab at the North Florida Research and Education Center in Quincy.

From 2017-2020, Florida was the No. 1 state in watermelon production, according to the U.S. Department of Agriculture – National Agricultural Statistics Service. In fact, in 2020, Florida produced more than 850 million pounds of watermelon.