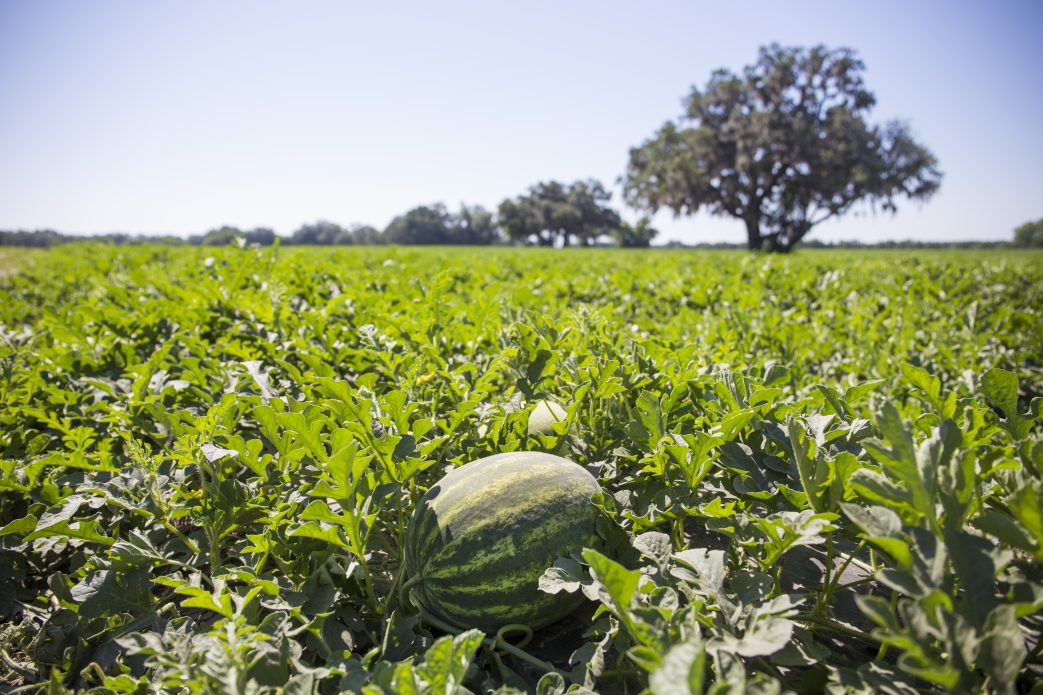 The watermelon season in Florida has already soured and a huge chunk of the state’s crop has yet to be harvested.

Prices for South Florida watermelons started at a robust 40 cents per pound but have since dropped to 12 cents amidst a deflated market during the ongoing coronavirus pandemic, according to Mark Warren, University of Florida/IFAS Extension agent in Levy County.

He is worried about the farmers in the Levy County, Gilchrist County area where 20% of the state’s crop or approximately 5,000 acres are produced, and where harvest season is approximately a month away.

“They’re optimistically hoping that things are going to turn around, but in all honesty, I’d have a hard time continuing investing in the crop. I’m not telling them that,” Warren said. “But if we’re eight weeks leading up to the (COVID-19) ‘peak’ and there’s eight weeks on the back side of it where we’re coming down off the ‘peak,’ by then our melon season is over.”

Unfortunately, farmers were already committed into producing this year’s crop before the coronavirus was even a concern.

“So much of that investment is already made on the front end. By the time you do land, rent, land prep and fertilization, they buy their seed, contract with a transplant producer in the greenhouse, so much is invested at the front end there wasn’t any difference than to just go ahead,” Warren said.

Florida is the No. 1 producer of watermelons in the country. But interest in watermelons has dropped dramatically as restaurants have been forced to close and unemployment has skyrocketed.

“I was talking to one of our farmers (Tuesday) and he said this is a non-essential item. (He said), ‘If I had to make a decision between bread and eggs and watermelon, you can just about bet, I’d leave the watermelon sitting there,’” Warren said. “They recognize that’s where they are on the food chain as a non-essential.”

He added that watermelon sales that normally shipped out 20 loads per day has dropped to four.

Warren said they are exploring the possibility of teaming up with a farm to school program or even the (Supplemental Nutrition Assistance Program) SNAP program, to see if there’s a way to get fresh produce included as an alternate way to move the product out of the area. But even that would not be a complete problem solver.

“One of our farmers could probably meet all of the demands of the food stamp and the school program,” Warren said.