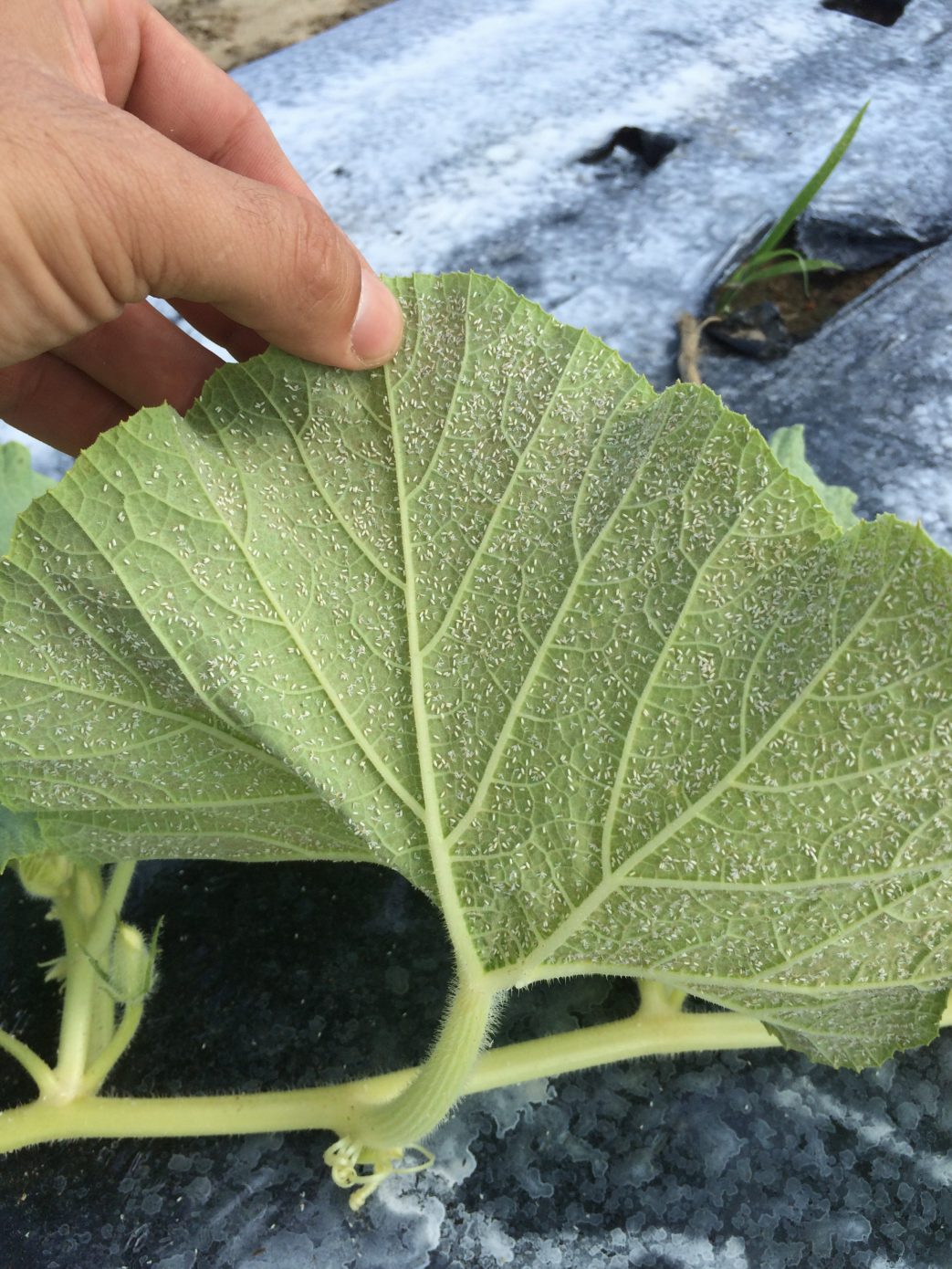 According to today’s release of the South Florida Pest and Disease Hotline, whitefly numbers are increasing in some older tomato fields across the southwest Florida region. As many as 5 to 10 whiteflies per leaflet have been detected.

Whiteflies are also present in high numbers in cucumbers, squash and eggplant. They are beginning to show up in some young tomato and watermelons as well.

Whitefly infestations are high in some older eggplant and reaching moderate levels in tomato along the East Coast. In Homestead, Florida, whiteflies are increasing in various crops. There are also reports that Tomato Yellow Leaf Curl Virus, a disease caused by whiteflies, is widespread in tomato.

Management of whiteflies later in the season depends on suppression of whitefly populations early in the season. Growers need to be aggressive with the best systemic materials such as Venom, Sivanto Prime and Verimark.

Whiteflies are difficult to control because of their prolific reproductive cycle. A female can lay between 150 and 200 eggs. It only takes those whiteflies two to four weeks to mature into the adult stage and begin reproducing.